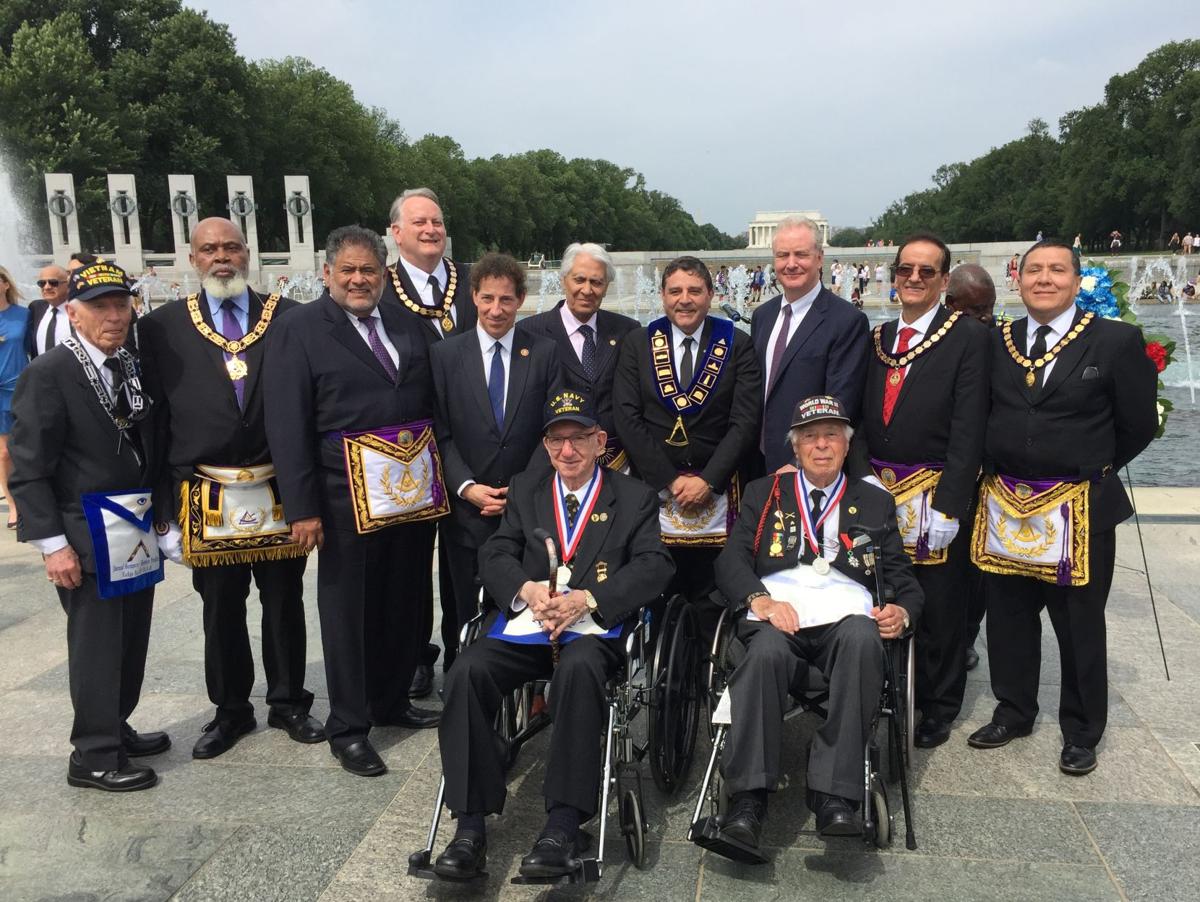 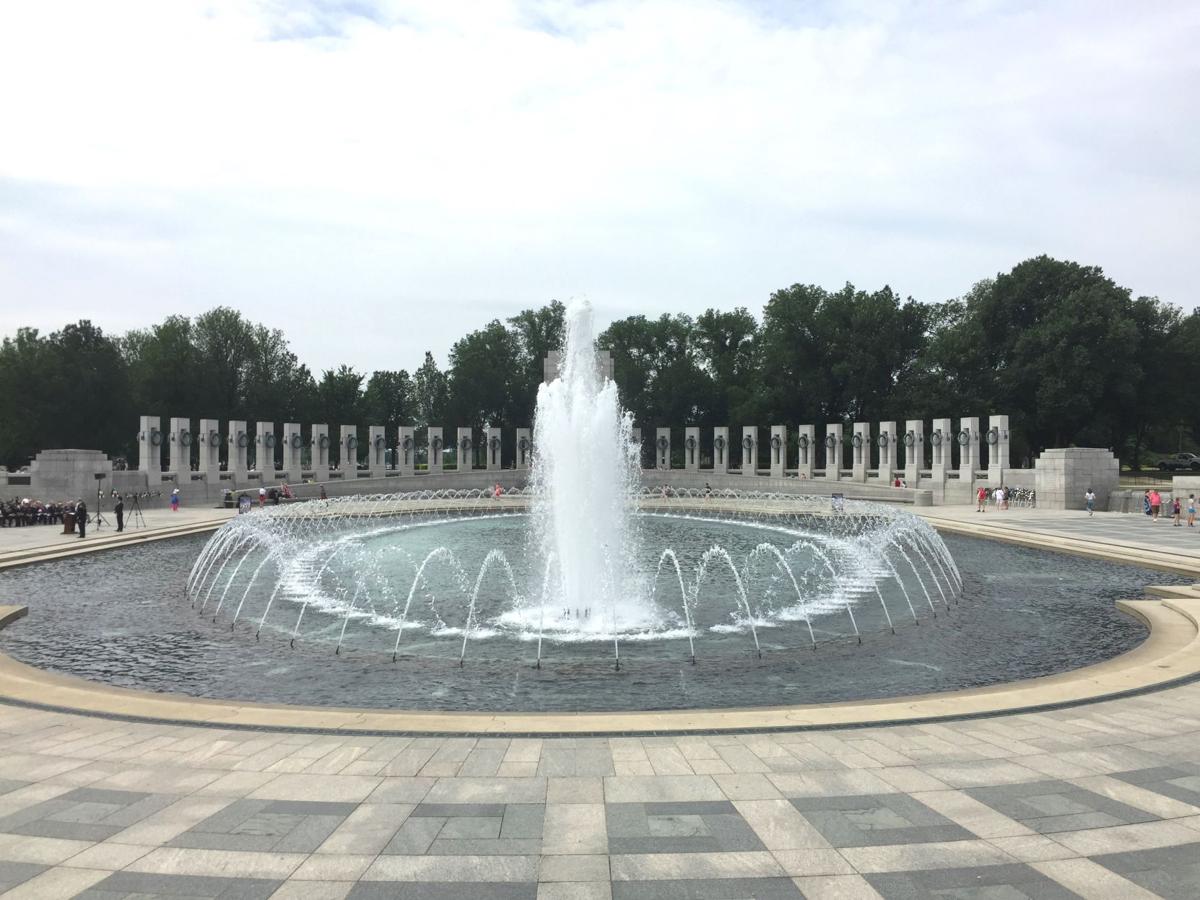 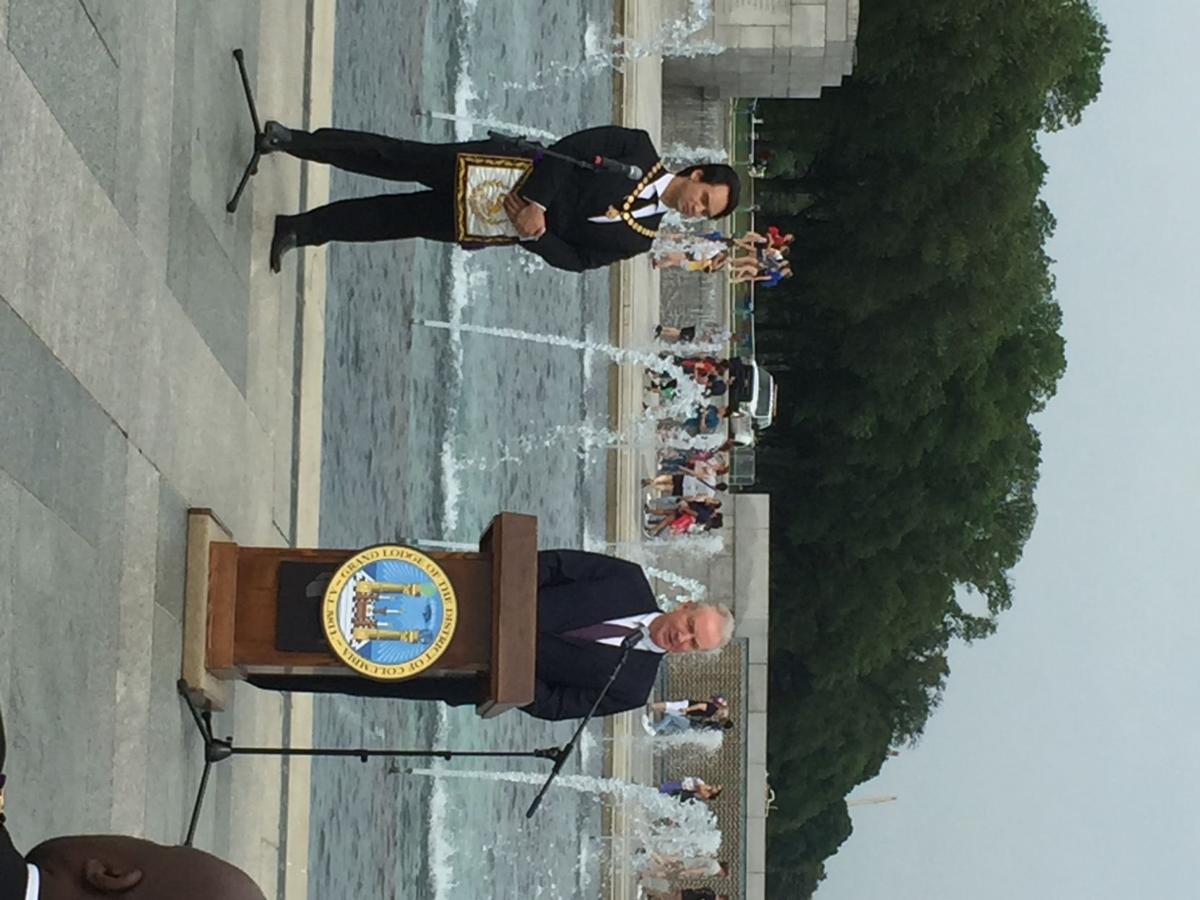 June 6, 1944 marked the amphibious landing of allied troops on the beachhead of Normandy.  This monumental achievement of World War II showed the bravery of U.S. and Allied troops, resulted in countless casualties and spelled the eventual defeat of Nazi Germany.

Seventy-five years later and a day, a commemoration of the D-Day landing was held at the World War II Memorial in Washington, D.C., on June 7, sponsored by the Grand Lodge of Free and Accepted Masons of the District of Columbia.  Present were Sen. Chris Van Hollen (D-MD), Rep. Jamie Raskin (D-MD) and Dr. Charbel T. Fahed, the D.C. Masonic Grand Master.  The highlight of the event was the honoring of two Maryland residents who are World War II veterans: Jerrold Gordon and Herman Zeitchik.

Zeitchik, who served in the U.S. Army, was deployed to the Atlantic Theater of operations and participated in Operation Overlord, the codename for the Battle of Normandy, launched by Allied Forces on June 6, 1944. Gordon was deployed to the South Pacific Theater of operations in support of Operation Reno, the code name for a series of military plans for the advance of the forces of General Douglas MacArthur’s South-West Pacific Area Command.

Van Hollen spoke of the sacrifice made by American soldiers on D-Day, and that Messrs. Zeitchik and Gordon represented “all who served their country so well on that day and in that war.  We thank you for your service, on behalf of a grateful nation. Thank you, and God bless you.”

In his remarks, Dr. Fahed quoted former Sen. Bob Dole (R-KS), a veteran who once noted at its groundbreaking that the World War II memorial is sanctified by “the blood of patriots across three centuries, and our own uncompromising insistence that America honor her promises of individual opportunity and universal justice.”

As part of the event, a special prayer was recited in 11 languages: English, Arabic, Armenian, Cebuano, Farsi, French, German, Hebrew, Pali, Spanish and Turkish. At the close of this Commemoration of the 75th Anniversary of D-Day, dignitaries from various Masonic organizations from the U.S. and abroad dressed in full Masonic regalia laid wreaths at the Atlantic and Pacific columns of the Memorial, representing the European and Asian Theatres in which the two veterans fought in World War II and in which peace was eventually restored.

A D-Day statement by Sen. Van Hollen separate from the event read, “We must honor the legacies of all the brave Americans who fought during the darkest hours of Operation Neptune. One of those heroes is Corporal Waverly Woodson who was among the 2,000 African American soldiers who landed on Omaha and Utah beaches. Corporal Woodson saved dozens, if not hundreds, of lives on Omaha Beach.”