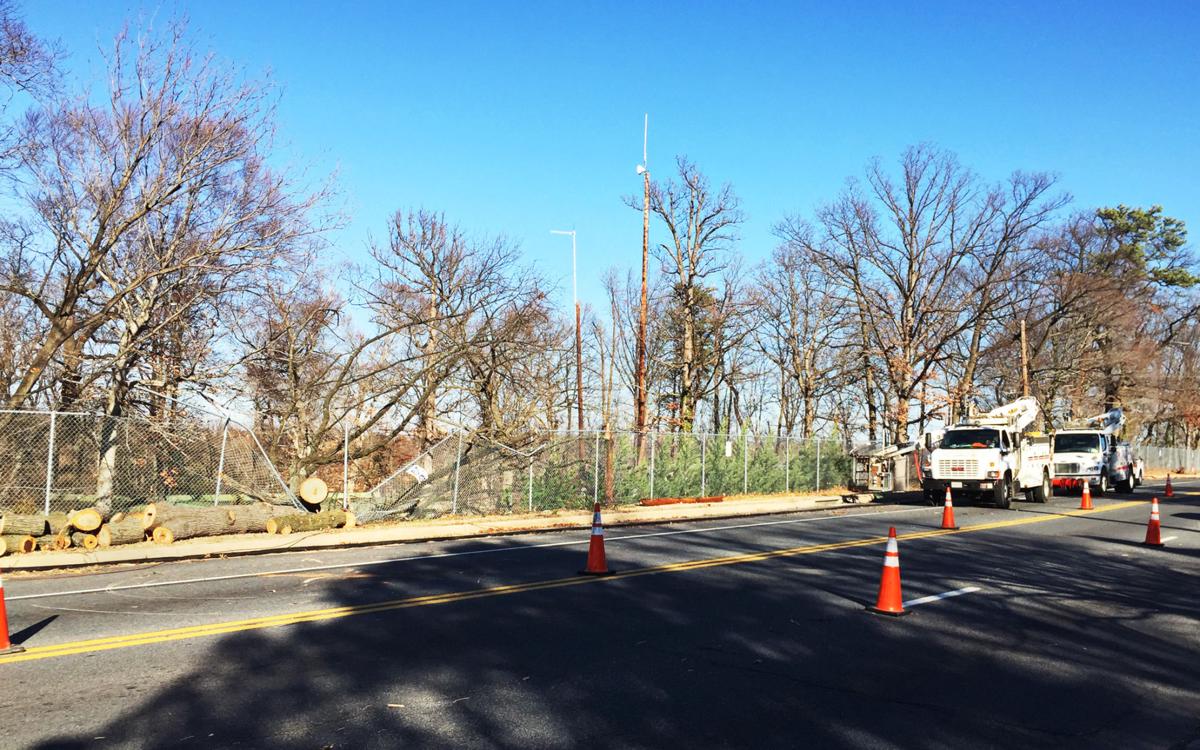 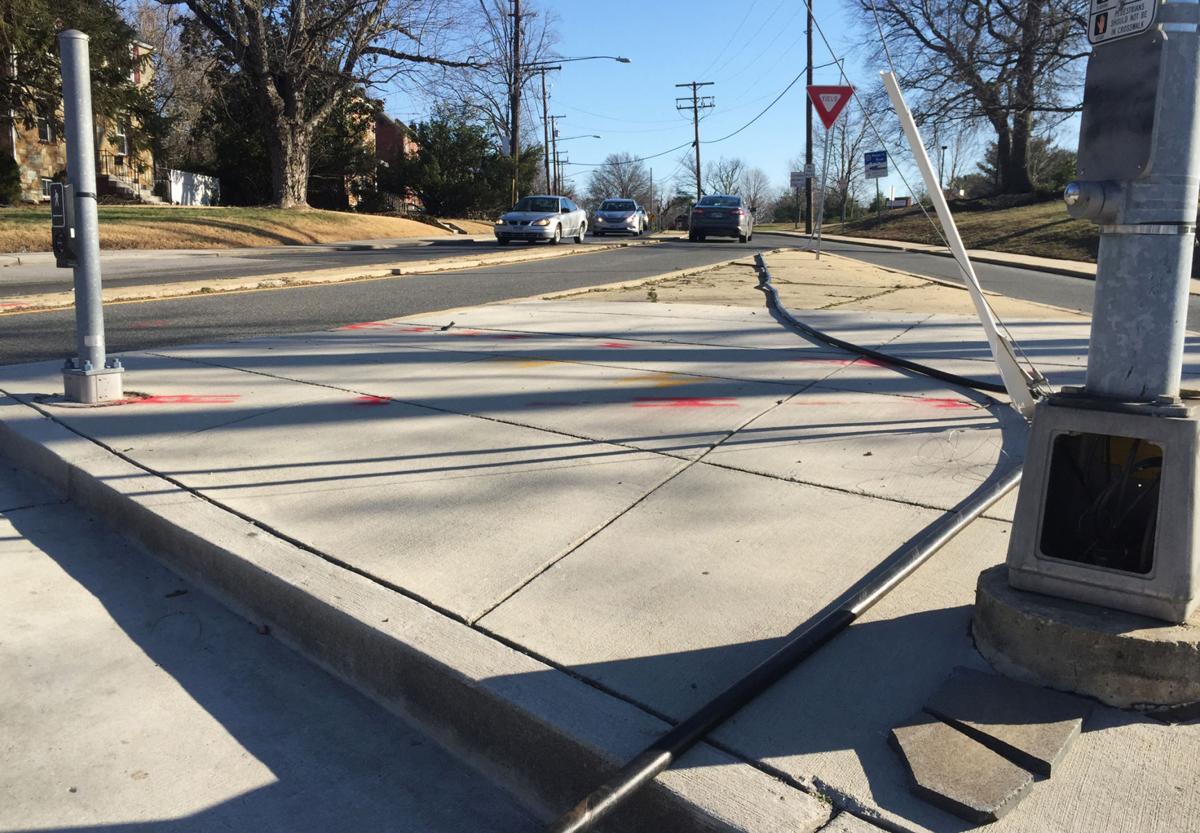 SEABROOK – A downed tree took out a fence and power poles on Chillum Road while traffic lights flickered in Bowie. Winds across Prince George’s County reached up to 72 miles per hour.

The National Weather Service (NWS) issued an advisory on Feb. 10 and Feb. 11, warning the D.C area that wind velocities could reach 50 miles per hour, though on Sunday night it recorded wind speeds at more than 60 miles per hour.

Eric Winkfield, a spokesperson for Pepco, said the company dealt with a number of issues due to the wind gusts. At peak, Pepco saw approximately 16,000 outages across their service area, but as of Monday morning only 33 people in Prince George’s County were still without power.

“The National Weather service issued a wind advisory saying winds could be up to 60 miles per hour. What we’re seeing is a result of that wind,” he said.

Winkfield said the company is not expecting to see any more outages due to the storm. At the same time, the Pepco team worked around the clock to address issues in the county. While Pepco recorded 16,000 outages since 11 p.m. Sunday, they immediately brought those down to 14,000, and only 1,400 remained by Monday morning.

“Crews are out and about and it will be resolved by the end of the day,” he said.

On a similar front, Justin Mulcahy with BGE communications said employees worked through the night to ensure any issues were resolved quickly.

“They worked to address repairs as quickly and as safely as possible,” Mulcahy said. “But this wind is a challenge for the crew.”

The challenge, he said, is that with the sustained wind continuously blowing, crews cannot go up in the buckets to address power lines stuck in trees or remove broken branches. Despite the dangers, BGE restored power to thousands of customers in its coverage area, including nearly 245 residents in Prince George’s.

Winkfield said Pepco takes time to prepare for storms such as the one that rolled through on Sunday night and Monday morning. He said the company monitors the situation carefully with crews standing by ready to address any issues.

Another factor in play, Mulcahy said, is new technology that allows the company to check lines remotely.

“This cutting edge technology allows us to quickly assess damaged lines and even restore remotely,” he said.

Neither Mulcahy nor Winkfield said they knew the monetary damage done by the strong winds but both said their companies saw broken power poles, snapped lines and instances of broken trees resting on lines.

Paulette Jones, spokeswoman with the county department of public works, said the county itself had taken very few calls on concerns about downed trees or blocked roadways as of Monday afternoon. She noted her office only received on phone call, from south county, on any wind-related issues.

“I’m surprised that with these gusts of wind we’ve had that there hasn’t been more (damage),” she said, indicating the county is pretty good at estimating when storms will do a large amount of damage.

Jones encouraged residents not to hesitate to call or put in a request with the county’s 311 system if they have concerns about wind-related issues, such as a downed tree or lack of power service.

“Be careful,” she said. “Even when you’re driving in the high wind, be on alert.”

Winkfield said Pepco also encourages residents to report outages right away, but not to handle electric wires or remove debris from lines themselves.

“Safety is our number one priority both for our customers and our employees,” he said.