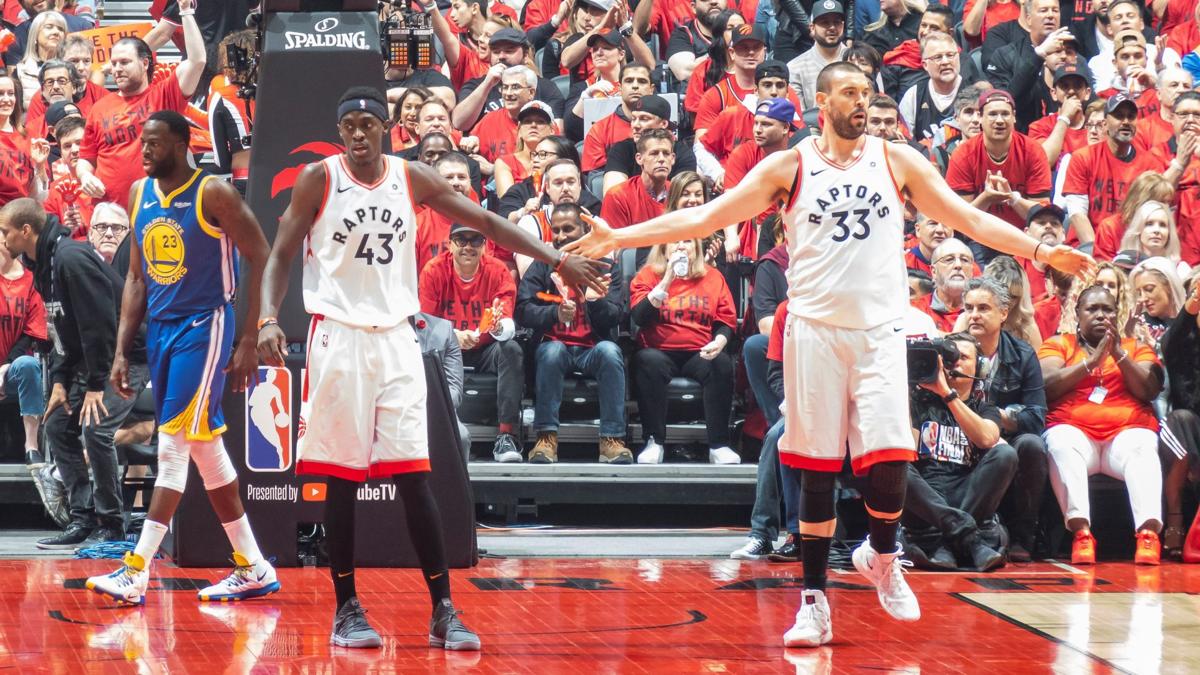 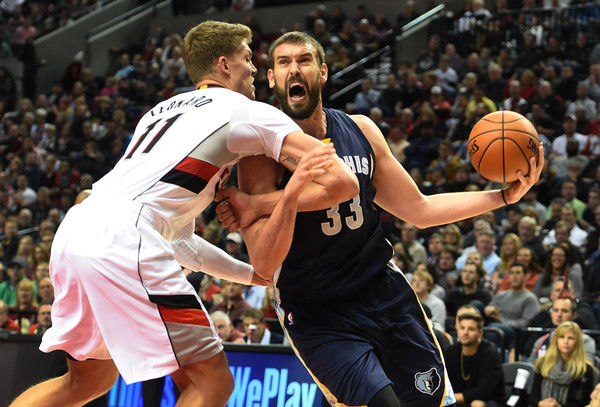 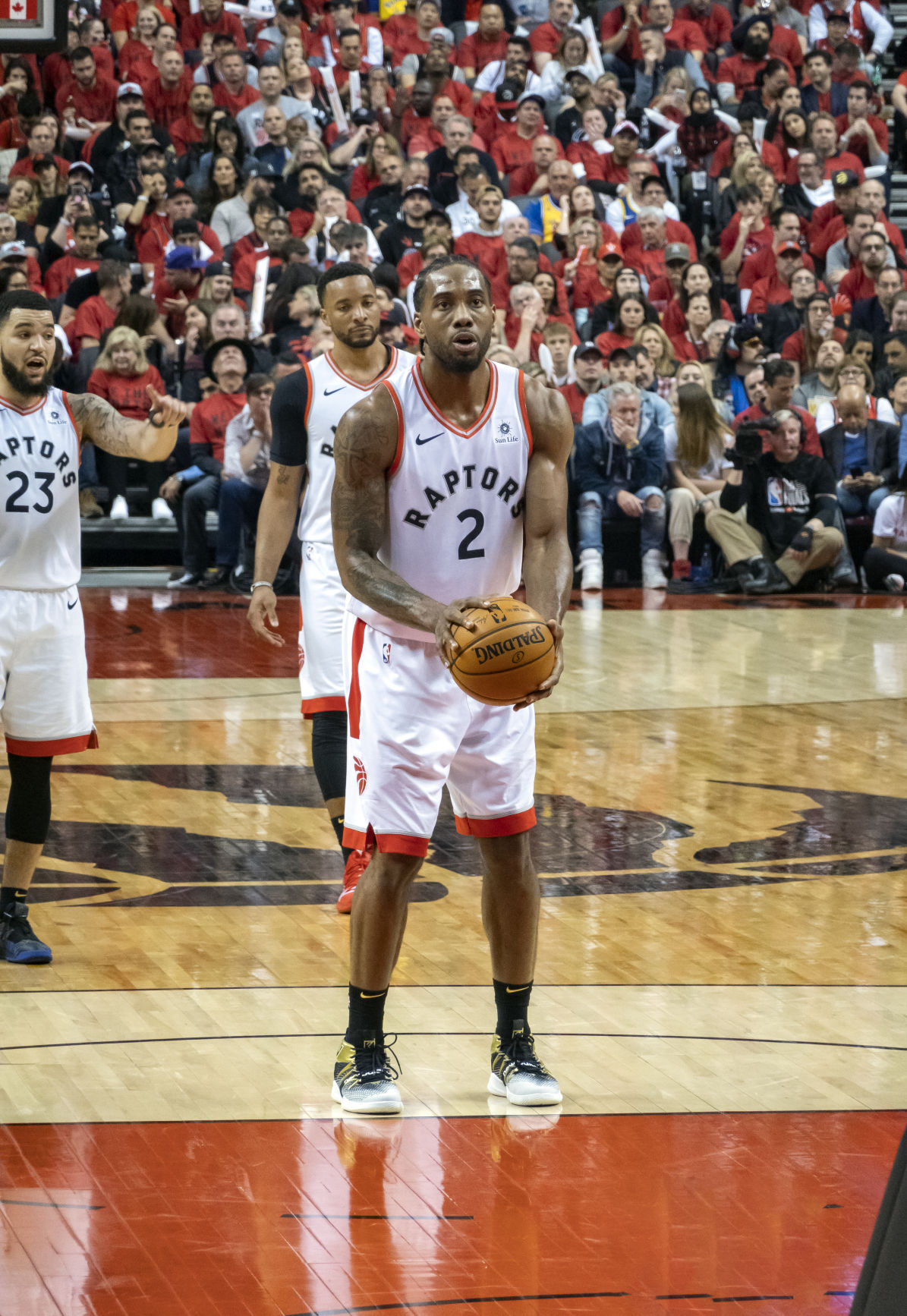 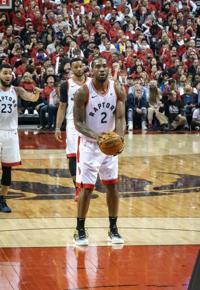 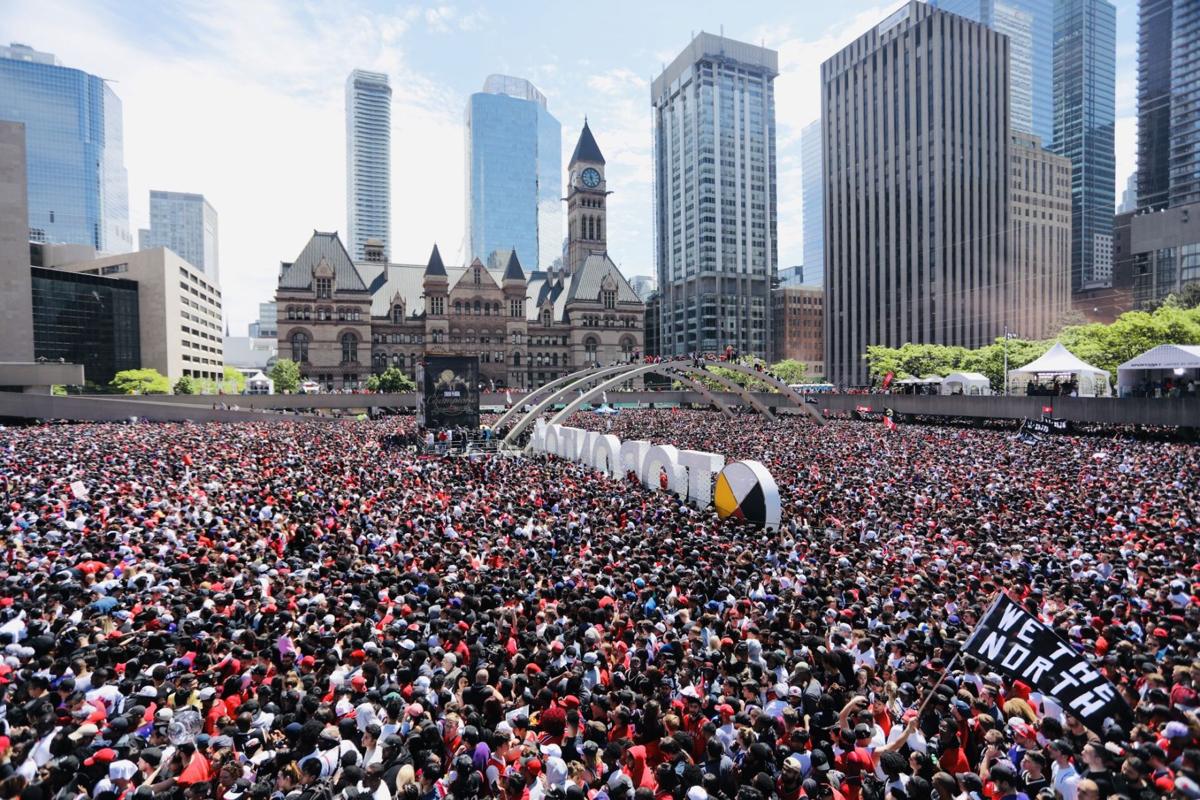 The City of Toronto celebrates during the Toronto Raptors Championship Parade following their victory in the NBA FInals. (Courtesy Photo) 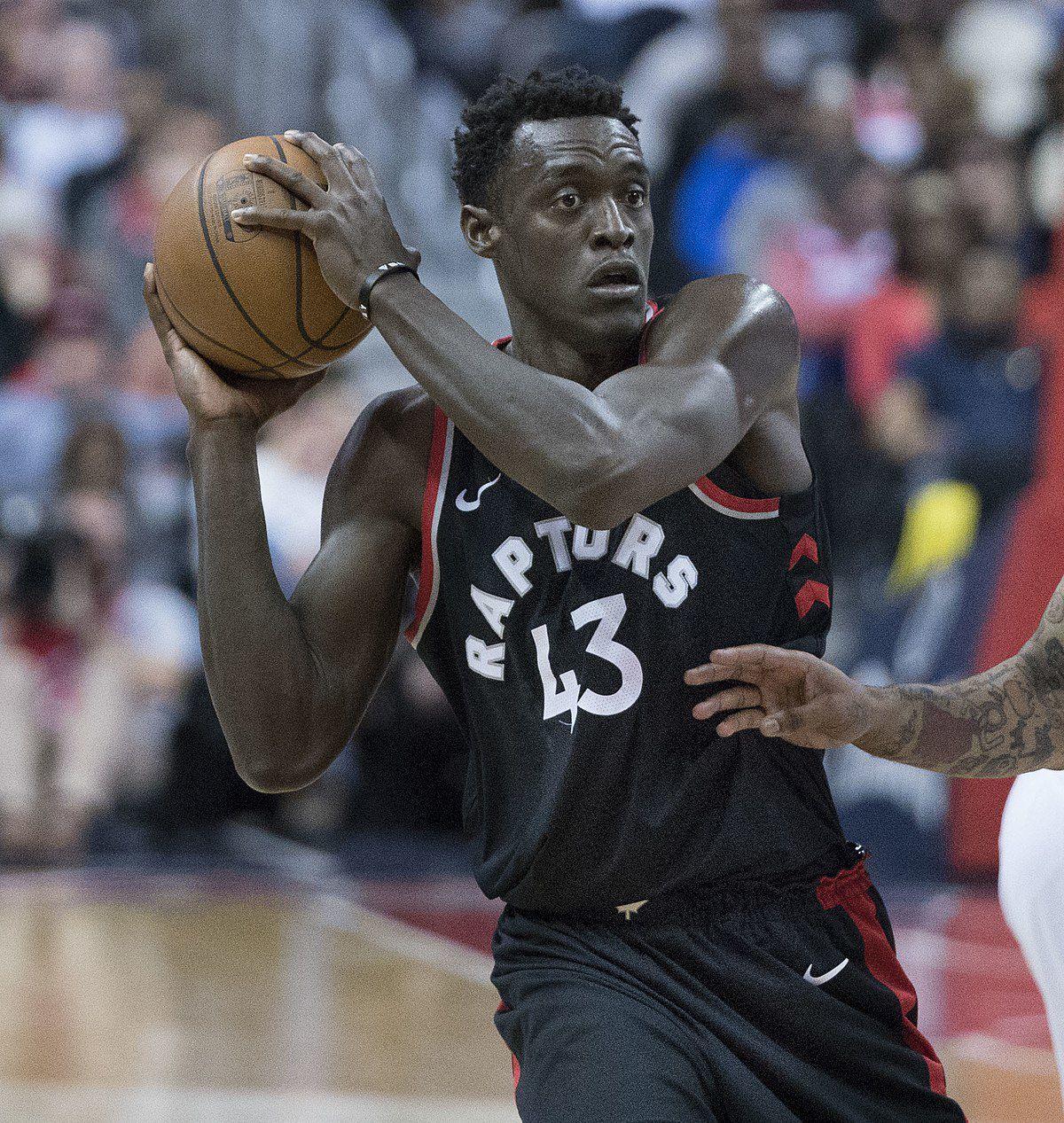 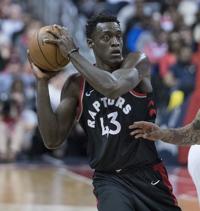 The City of Toronto celebrates during the Toronto Raptors Championship Parade following their victory in the NBA FInals. (Courtesy Photo)

SEABROOK – A Hollywood scriptwriter would have scoffed at the narrative of a team once questioned for falling apart in big moments defeating the new age Dream Team of the Western Conference in the Golden State Warriors.

The David and Goliath storyline has been done before and is like a catchy song on the radio that won’t stop playing through your eardrums. Yes, it is partially satisfying, but it is a “been there, done that” type of scenario.

However, fate dipped its calligraphy pen in the finest of ink created a moment with a cast of unlikely heroes led by a player who was traded to Toronto (Kwahi Leonard) to defy all of the naysayers and win the franchise’s first NBA championship by defeating the Warriors in six games.

Not one player on this championship squad was drafted in the first round of the NBA Draft, and the team was one comprised of many international players.

It was only fitting that one of the very first NBA international teams won its first-ever championship on the road by a squad with unwanted players who played a game that was created by a man (James Naismith) who was born in Canada.

To shed more light on the relevance of this championship run, we must go to the history books.

Italian-Canadian Henry Biasatti was the first-ever Basketball Association of America (BAA) international player who suited up for the Toronto Huskies in 1946, and since then, the NBA has grown tremendously and provided opportunities to players all across the world since the inception of the league.

At the beginning of the 2018-2019 NBA regular season, there were 108 international players in the league while Canada led the way with the most for a fifth consecutive year.

Two franchises in Canada brought the game to new audiences from abroad in 1995. The Vancouver Grizzlies (now Memphis) and Toronto Raptors were the first international teams to join the league. Now, the Raptors are the first team to win a championship outside of the United States of America.

“I think symbolically,” NBA Commissioner Adam Silver said, “having our first Finals outside the United States maybe has a big impact on countries that follow the NBA but don’t have teams, whether that be in Asia or whether that be in Latin America. So I think as we look back in time at the NBA calendar, I mean, this clearly is a marker of sorts.”

Though Biasatti only played in six games in the BAA, which later evolved into the NBA, his history-making appearance against the New York Knickerbockers on November 1, 1946 helped provide players an avenue to expand the game into a global sport.

Toronto Raptors forward Pascal Siakam, the Cameroon native who recently won the NBA’s Most Improved Player Award (MIP) award, is one of the success stories that can be attributed to the expansion of the NBA.

From a young age, Siakam wanted to pursue a soccer career. It was not until fellow Cameroonian basketball player Luc Mbah a Moute held a camp in South Africa when Siakam realized that he could excel in a sport he was not familiar with.

“I think that a lot of kids don’t think that this is possible so just me being able to be here today and telling them ‘hey, look at me, I was a scrawny little kid from Cameroon who couldn’t think about this moment,’ but here I am as a champion,” Siakam said after winning the championship with his homeland flag draped across his back.

“I just want to tell them that it is possible and if you believe in something you need to go out there and work hard for it. It might sound cliché, but it’s the truth, and I’m the proof.”

Mbah a Moute passed the international torch to Siakam, who eventually became a superstar before our very eyes. Siakam had a career year last season posting 16.9 points per game, and he corralled nearly seven rebounds per contest. His best game of the finals came during game one when he exploded for 34 points, five rebounds, five assists and accounted for one steal. Siakam also notched a double-double with 26 points and 10 rebounds in game six to close out the series.

“It meant a lot having guys on this team from different countries and speaking different languages…it brought us close together,” Siakam said. “With different languages and cultures, I think it represents Toronto, in general, having that diversity.”

Saikam went on to talk about how important the international grassroots programs are to reach out to children who might not be aware of the sport.

“That is why I’m wearing this flag. I think for me as a kid having an opportunity to dream about this moment, I didn’t think I could make it, and I didn’t think that this was possible as a kid,” Siakim said.

“I just want to tell them that it is possible and if you believe in something you need to go out there and work hard for it. It might sound cliché, but it’s the truth, and I’m the proof.”

Two other international superstars also provided outstanding performances which led to a 4-2 series win over the Warriors. Barcelona native Marc Gasol and Serge Ibaka of the Republic of the Congo provided a physical style of play that the Raptors needed to reach the mountaintop.

Raptors General Manager Masai Ujiri, who was born in Nigeria, pulled it all together to bring a top squad to Toronto. He acquired Leonard before the start of the regular season and traded Jonas ValanÄiÅ«nas to Memphis for the former Defensive Player of the Year in Gasol. Ujiri emphasized that he genuinely believed that his team would win it all and mentioned how much the championship meant historically to advance the game forward overseas.

“It’s a huge representation for us to be the only team to win a championship outside the United States because it inspires people all over the world. Our focus, our global reach, I feel that it gives everybody confidence that sometimes not everybody will have.”

Raptors guard Jeremy Lin was acquired for depth and became the first Asian-born American to win a championship, furthering the diversity of the NBA game. Lastly, undrafted guard Fred VanVleet showed the world that he has the potential to be a starting point guard for someone in the future.

All of these storylines played out, leading to a monumental win for not only the Raptors organization but the world as well.

Despite Leonard electing to take his talents to the Los Angeles Clippers next season, Toronto will stay competitive as long as their core players stay intact. The grit and tenacity that this group of players showed throughout this previous regular season and postseason cannot be overshadowed.

From Leonard’s dominance through injury and load management, Siakim leading his fellow international players to the promised land, a virtually unknown point guard (VanVleet) becoming a household name and a first-year head coach in Nick Nurse winning a championship in his first season, the Raptors earned it all.

There is one constant in this revised Hollywood script. One could argue that the world will be a better place because of this fantastic moment in history and should inspire generations to come across the globe.