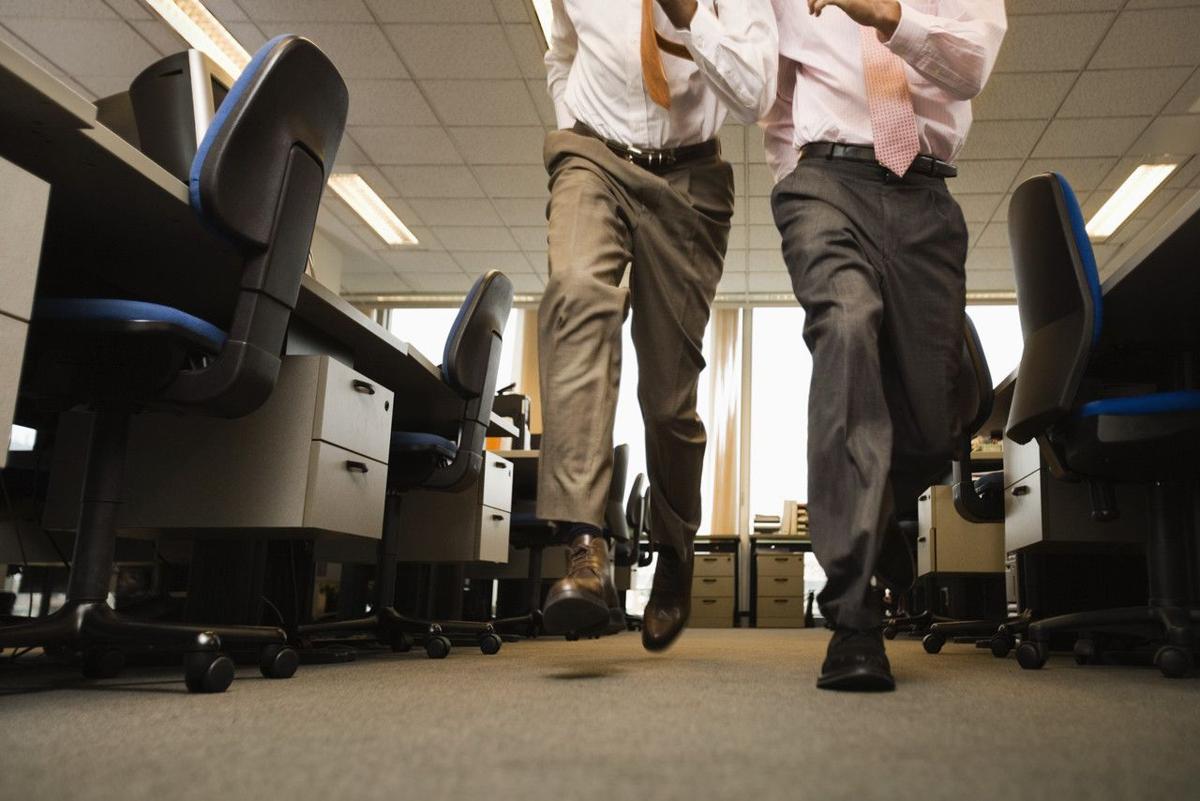 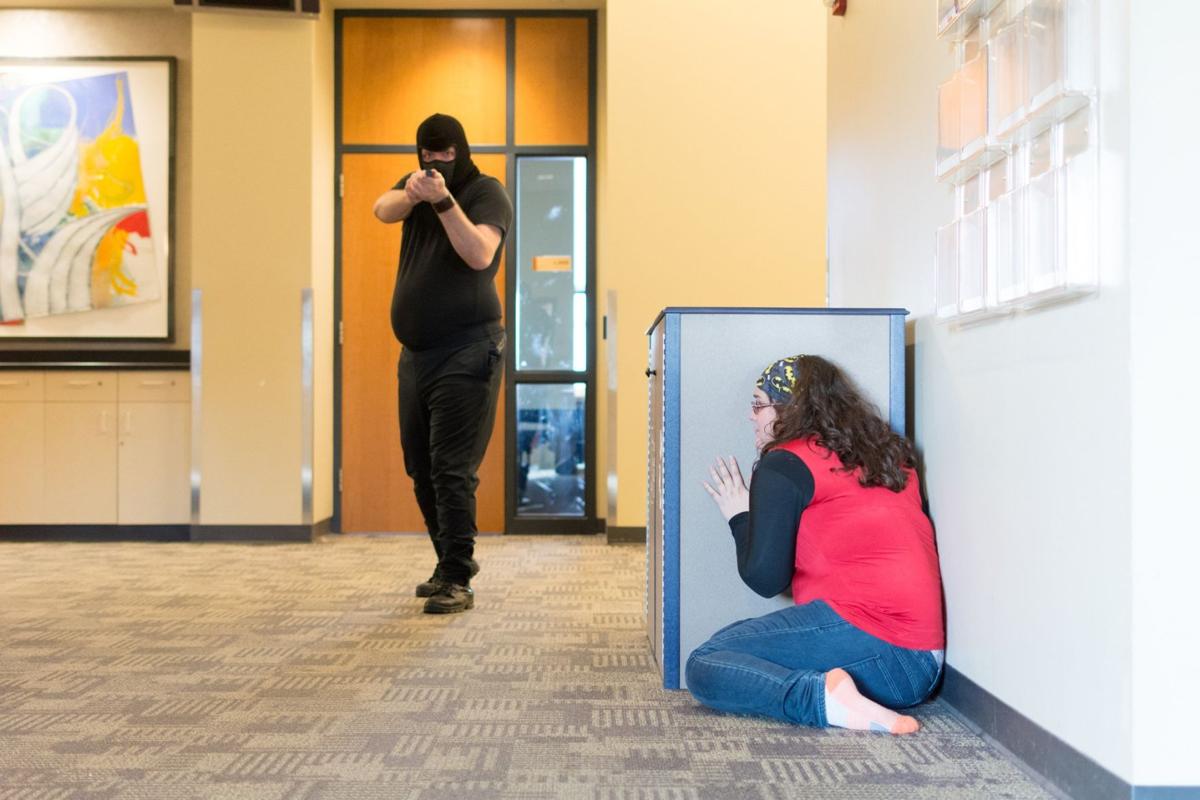 Active shooter training going on around the country are showing citizens different ways on how to deal with an active shooting. (Courtesy Photo) 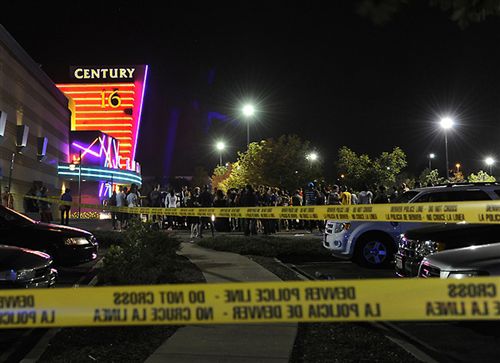 The scene outside of the movie theater in Aurora, Colorado, where 12 people were killed and 58 others were injured from the gunfire. (Courtesy Photo)

Active shooter training going on around the country are showing citizens different ways on how to deal with an active shooting. (Courtesy Photo)

The scene outside of the movie theater in Aurora, Colorado, where 12 people were killed and 58 others were injured from the gunfire. (Courtesy Photo)

After writing this weekly column for almost five years, it is not surprising that issues previously covered raise their ugly heads again and again.

Sadly, gun violence in America and the onslaught of mass shootings is one issue that has continued time and again.

After I concluded my career with the federal government after close to 40 years, I did some work with a company named SafePlans that specialized in school security and safety assessments and provided active shooter training.

To be part of this initiative was one of my prouder associations. SafePlans won contracts with various school districts around the country including schools throughout Pennsylvania, Delaware, Louisiana, Arkansas and Texas to name just a few of the several states in which we provided school assessments and training.

Back in June 2016, in the aftermath of the latest mass shootings, I shared some of my thoughts and experience in a column.

In the aftermath of the latest mass shootings in El Paso, Texas and Dayton, Ohio, I thought it would be useful to re-run that column now.

By the way, as I mentioned earlier, the El Paso school system was one of the locations I worked in to assess school safety and provide active shooter training. I spent almost two months in El Paso and what a beautiful and welcoming community it is. Oh, and yes, I did frequent that mall during my stay. The latest tragedies are personal but should be personal for every American.

Here is the content of that column from June 2016:

I think it is safe to say that we have fire drills down reasonably well. In some schools, the fire drills include blocking some passageways and recognizing the fact that fires can be unpredictable.

As with almost anything, the “times they are a-changin.” The threats we faced in years past are not the same threats we face today. How we adapt to those changing threats often is the difference between life and death.

Just a few short years ago, some students at a middle school in Jonesboro, Arkansas decided to “take out” some of their classmates along with some of their teachers. After pulling the fire alarm at the school, they patiently waited on the berm facing the front entrance of the school and began firing at the crowd as they exited the building.

As horrific as this event was, also disturbing was the fact that the immediate response of most those who had exited the building was to re-enter from whence they came. This, of course, allowed the shooters more time to shoot into the crowd.

A similar reaction occurred during the Aurora movie theater shootings when the bulk of the moviegoers ran en masse to the front entrance to escape the gunfire only to be met by the shooter.

Of particular interest was the initial reaction of the students; they moved as a group into the school to escape the shooter. Realizing that staying together as a group gave the shooter a much larger target, the second time we conducted the exercise with the same students, they realized the need to disperse and, thereby, provide the shooter with smaller targets.

Yes, there would still be deaths, but fewer.

So, what is the purpose of this column?

To make the point that we, all of us, must always be aware of our surroundings whether we be at a movie theater in Aurora, a school in Newtown, a shopping center in Aspen Hill, a mall as in Columbia, a parking lot in the Montgomery Mall, an airport, a Metro station or even your work location as in the Navy Yard.

The most important thing to understand when being thrown into a life-threatening situation is to understand your options. There are almost always options to consider, some better than others, but still there to consider.

During the Virginia Tech shooting a few years back, a heroic teacher gave his life preventing the shooter from gaining access to his classroom of students. Rather than spend any more time attempting to gain entrance, the shooter moved on the next room filled with students who gave no resistance. Those students were executed one-by-one. Expecting to reason with a crazed gunman is rarely an effective response.

It needs to be remembered that when a bank robber enters a bank, his primary goal is to get money and not necessarily to shoot people. When a shooter enters a movie theater or a school and begins shooting, his main goal is most likely notoriety, and negotiation is unlikely to be effective.

The Department of Homeland Security endorses a concept known as Run-Hide-Fight. The concept is relatively straightforward and is not intended to be taken in order. It all depends on the specific set of circumstances you face during the event. If you are not in direct contact with the shooter, you seek concealment and wait. Concealment differs from cover; hiding under a desk rarely provides long-term protection.

Running is the best option, but only if you have a clear path of escape. The last resort is fighting when there is no place to run and no place to hide, and you are facing the shooter. Securing the location you are in to make it as difficult as possible for the shooter to achieve entry buys you time, and every second counts you are awaiting a law enforcement response.

There is no plan to cover every scenario, but the important thing to understand is that the decisions you make when confronted with an active shooter situation may be the difference between surviving or not.

There is something called the OODA Loop, which was designed to help individuals analyze an event to determine the best course of action.

OODA stands for observe, orient, decide, act. First, you observe and become aware of the danger, then you orient yourself and consider your options, next you must make a decision, and finally, you must execute that decision by acting.

This is not intended to be a long, drawn-out process since, in any emergency situation, time is of the essence. That is why the best place to begin is, as said before, always be aware of your surroundings no matter where you are so that you are not beginning from scratch when presented with a life-threatening situation.

With all of this said, I shudder to think what went on in that cramped nightclub in Orlando, a packed place with a military assault rifle being fired into the crowd. Limiting easy access to military assault weapons might be a good place to begin.