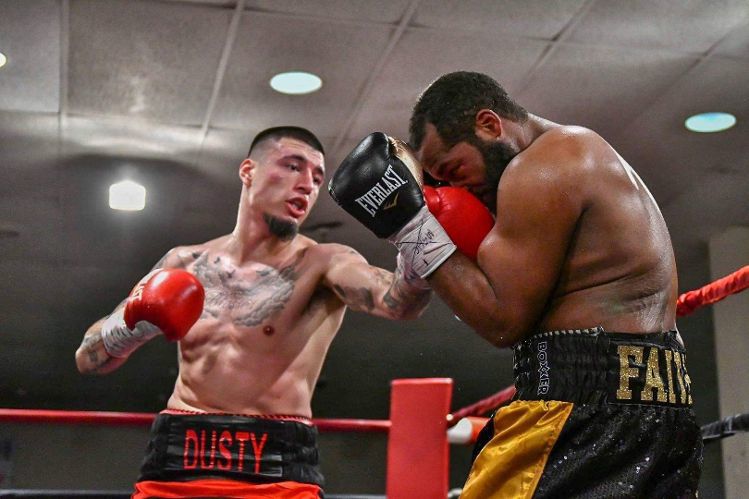 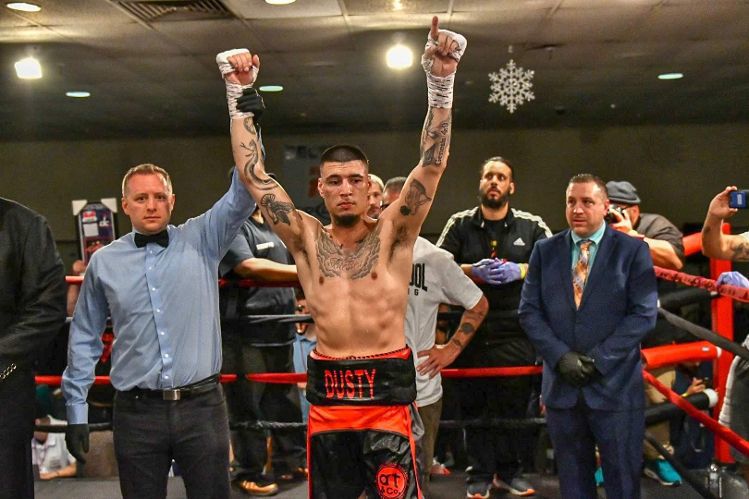 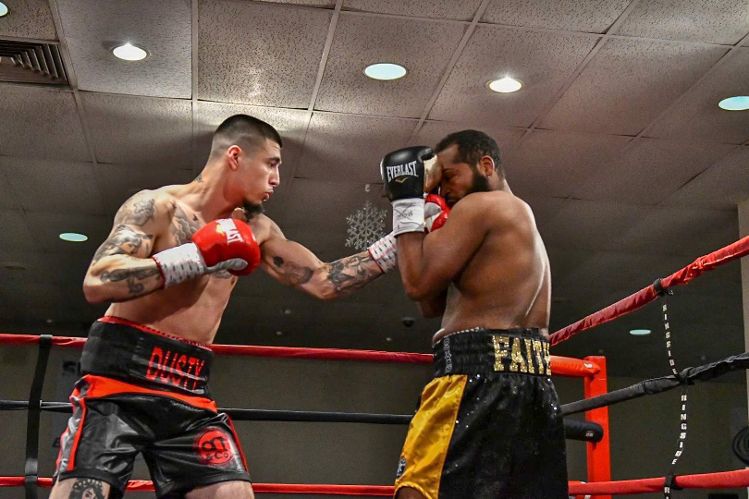 FORT WASHINGTON – It has been a long road back to the ring for the popular Washington, D.C. native Dusty Harrison (32-0-1).

After a hard fought win in Philadelphia against Thomas LaManna in 2016, Harrison fell out with his father and trainer, Buddy Harrison, had a run in with the law, injured his shoulder, changed promoters, moved around from gym to gym and did not fight for over two years.  During that span, Harrison zoomed up in weight and seemed to have lost his way.

After withdrawing from a fight in D.C. with a shoulder injury, Dusty finally fought in March of this year winning with a knock out. He came home and headlined the show at Rosecroft Raceway last Saturday.

Harrison, back with his dad as his trainer, knocked out Fred Jenkins (10-6) in the fourth round.  “I knew Jenkins had stamina, so I wanted to take my time and let the knock out come to me and it did,” said Harrison.

Harrison, 24, a long-time welterweight, tipped the scales at 163 pounds for this fight, the heaviest of his career.

Harrison is with a new promoter who wants him to fight as a super welterweight (154).

In other local action at Rosecroft, Fredrick native, Larry Pryor, lost a four round majority decision to Greg Hackett.

George Harris from Silver Spring knocked out Lamarco Ellis to improve to 3-0.  Hagerstown native Gene Pllana KO’d his opponent in 42 seconds of round one. Joe Jones from Leesburg, Va. scored a first round TKO over Montez Brown.  In the co-feature, Mike Balogun took down Marquis Valentine by way of TKO in round six.

On May 11 unified super welterweight world champion and Accokeek native, Jarrett Hurd, will defend his belts at Eagle Bank Arena in Fairfax, Va. On May 18 Capitol Heights resident, Gary Russell Jr. will defend his World Boxing Council featherweight title at Barclays in Brooklyn.