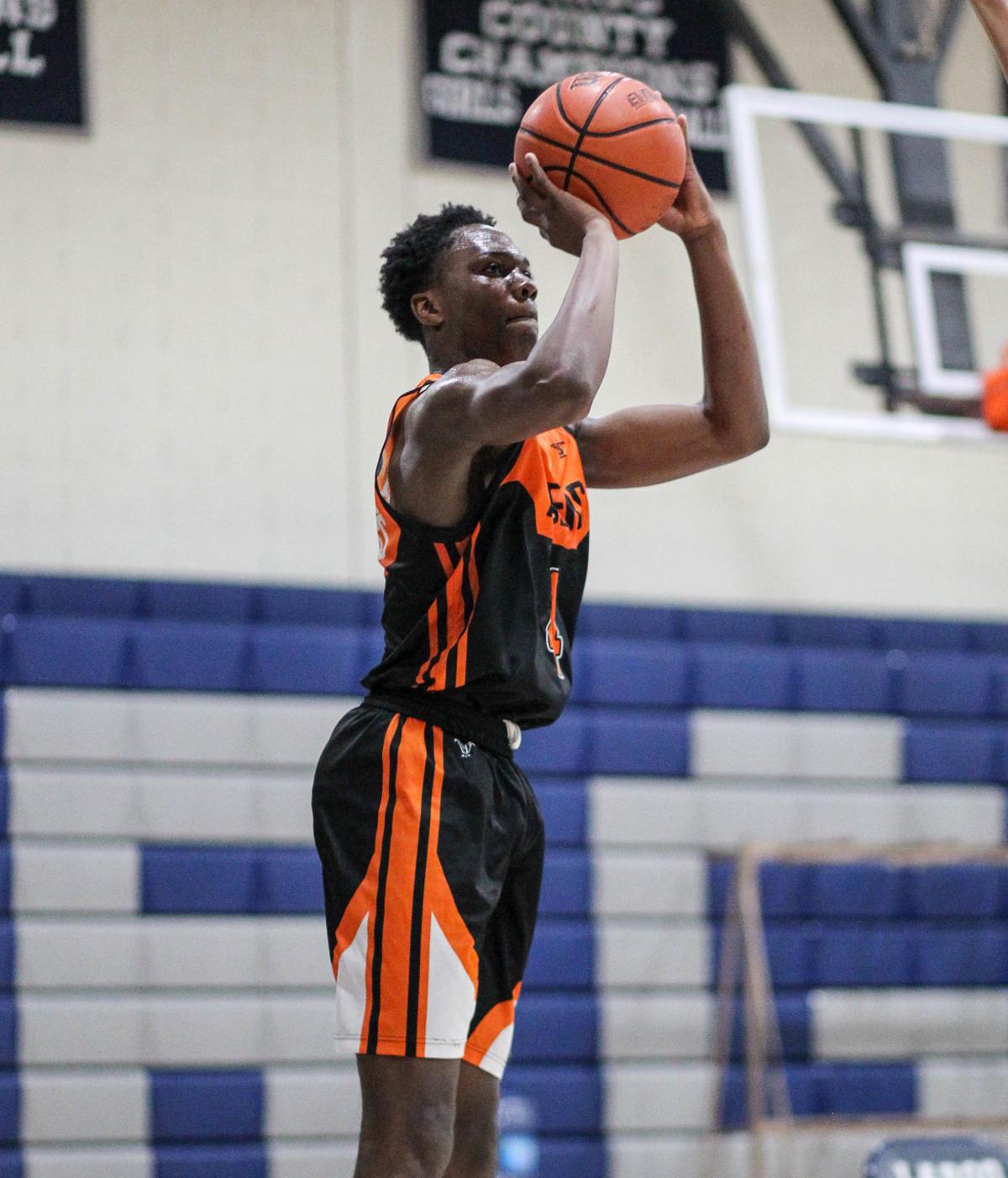 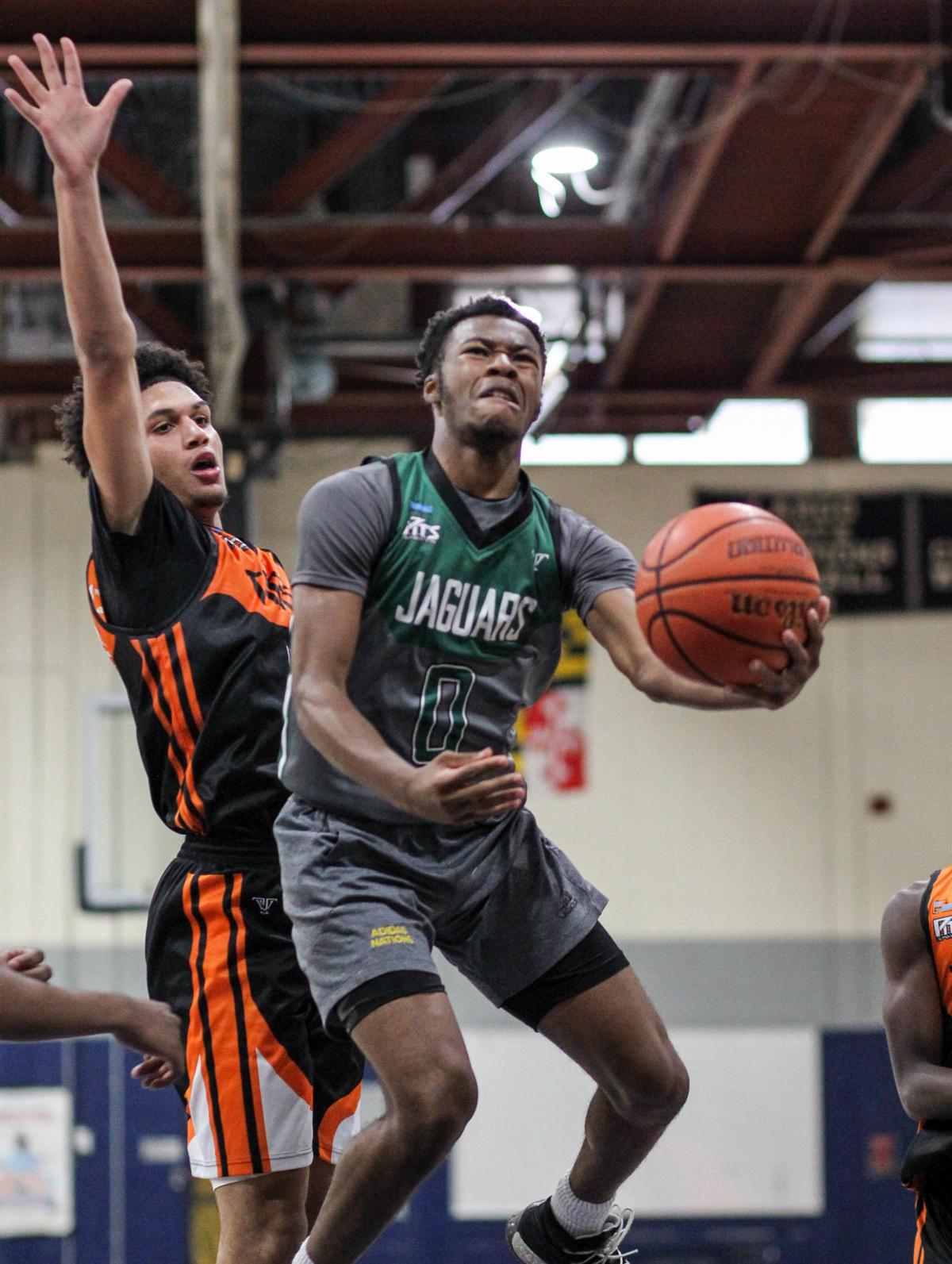 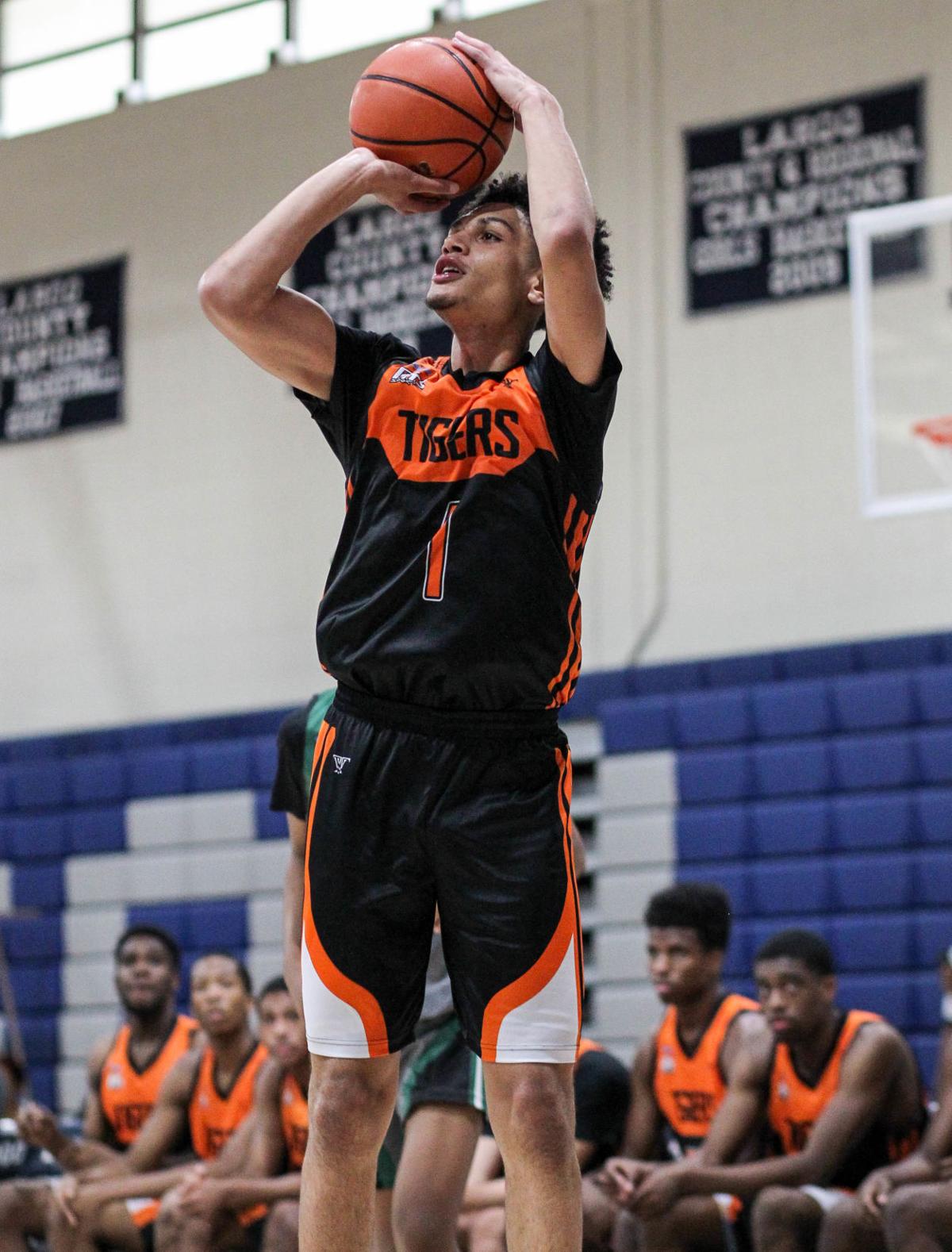 LARGO — Low-scoring affairs can be deceiving.

In the end, forward Brandon Emanuel scored a game-high 13 points and snagged eight rebounds to go with five blocks to power DuVal to a nail-biting 39-37 overtime win at Largo High School on July 7.

“We just wanted to keep our composure, keep the intensity up, rebound and play defense,” Emanuel said after the narrow win.

Both teams got off to extremely slow starts, resulting in a 12-11 halftime score in favor of DuVal (6-2). Flowers did not score a field goal for the first five minutes of the game and finished the first half with more free throws (seven) than field goals (two).

As the Tigers and Jaguars (4-5) tried finding their scoring rhythm in the second half, the score remained close throughout the game. And in spite of the numerous missed layups, open jumpers and dunks along with turnovers, both teams fought relentlessly to earn a spot in the Summer Madness final four.

With a little more than a minute remaining in the second half, Flowers guard Jade Mosley connected with an eight-foot floater in the lane to give his team the 31-30 lead. Christopher Mudabai responded by drilling two free throws to put DuVal back up by a point with 39.2 seconds remaining.

The Jaguars found themselves down 34-31 with only about nine seconds left in regulation. The ball wound up in the hands of guard Brian Brooks Jr., who hurriedly dribbled down the court for a game-tying 3-pointer at the buzzer to send the game into overtime.

To open the three-minute overtime period, DuVal guard Muhammed Yilmaz made a put-back layup to put the Tigers up by two points. Brooks responded with another 3-pointer on the next possession to give Flowers a one-point lead. Unfortunately for the Jags, the long-range shot would be their only points scored in overtime.

DuVal came back with a 3-pointer of their own by Cashim Miller to regain a two-point advantage with more than a minute left on the game clock. Emanuel continued to make pivotal blocks during the extra period to prevent Flowers from tying the game or taking a lead.

Miller had a chance to make it a two-possession game with 4.6 seconds left, but missed both free throws. The Jaguars had a chance to potentially force a second overtime period or win the game.

However, after an inbounce play following a timeout, Flowers’ Rasheed Soumah lost control of the ball at the half-court line before he could get a shot off as time expired.

“We were trying to get it to zero (Brooks) off a screen set, but the young man (Soumah) ran up and got the ball and (with) 4.6 seconds we didn’t really have enough timeouts so we had to go with it,” said Coach Brian Brooks Sr. immediately after the loss. “We weren’t expecting for him to get the ball taken from him at half-court.”

Brooks added that his players made some critical mistakes, but commented on how they “stayed with it and kept fighting.” Some of the newer additions and youngsters on the roster have improved throughout the Summer Madness play through much-needed game experience. He will look to continue will rely on them to play more minutes after Flowers lost eight seniors from the 2018-2019 season.

Neither squad shot notably well from the field, but the Tigers edged the Jaguars on the boards, 23-17. That played a vital role in the outcome, according to Mosley, who led the Jaguars with 10 points. Nonetheless, the rising sophomore appreciated the Summer Madness experience.

“We did well; we could’ve done better on rebounding. We didn’t do very well on that, and help defense,” Mosley said.

“It was a good experience playing against schools we don’t play during the season in the fall… it (helped) us because basically we got a chance to play with each other almost every weekend. We get a good bond.”

Yilmaz poured in 12 points to help lift DuVal to the narrow win. Brooks contributed with eight points for the Jaguars. Following the game, DuVal Head Coach Terrence Norris said he emphasized several flows in their play during their team briefing. He referenced their lack of execution, playing with high intensity, ball movement and guard play to his team as they advance in the Summer Madness playoffs.

“We were able to make plays down the stretch. We got key rebounds and Cashim Miller was able to hit a big 3 for us,” Norris said. He continued with remarks on Emanuel’s defensive value to the team. The rising senior’s continued contributions will be key for DuVal’s progression in the playoffs.