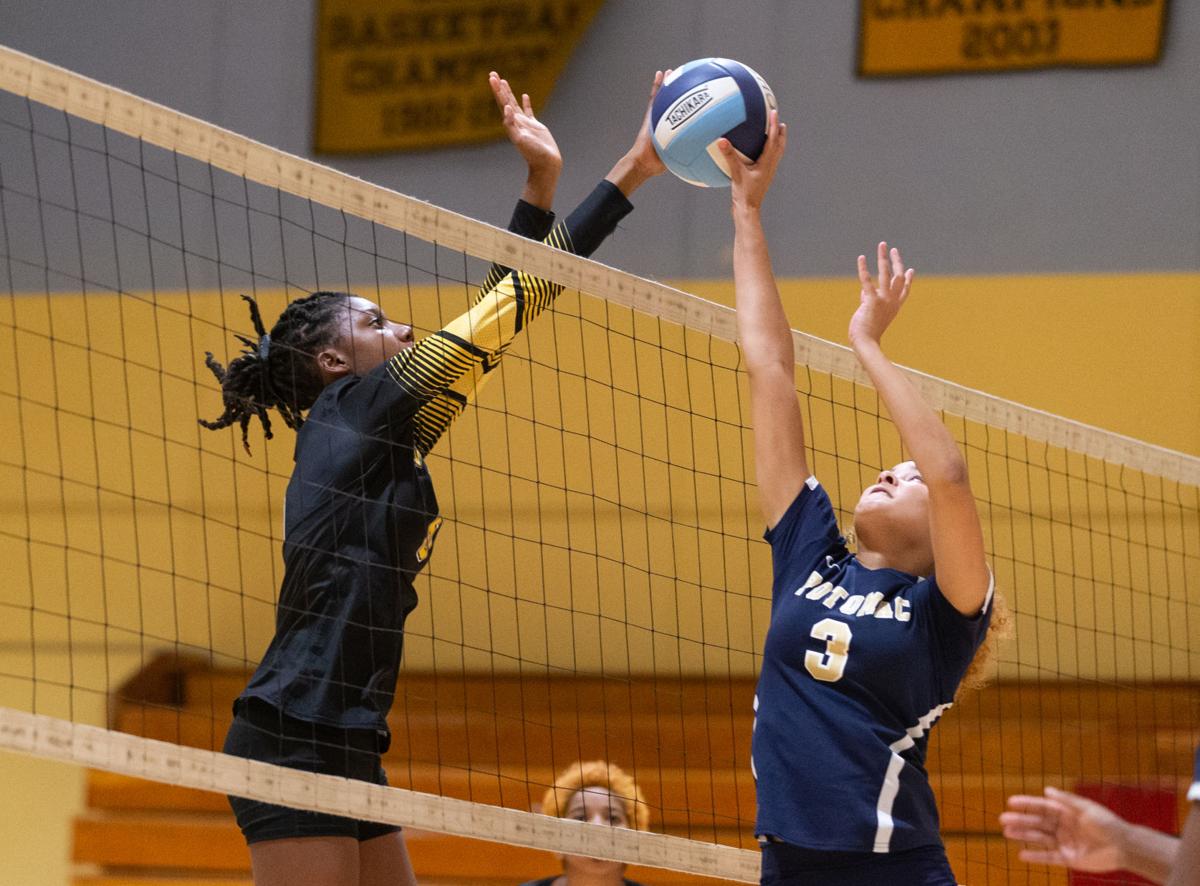 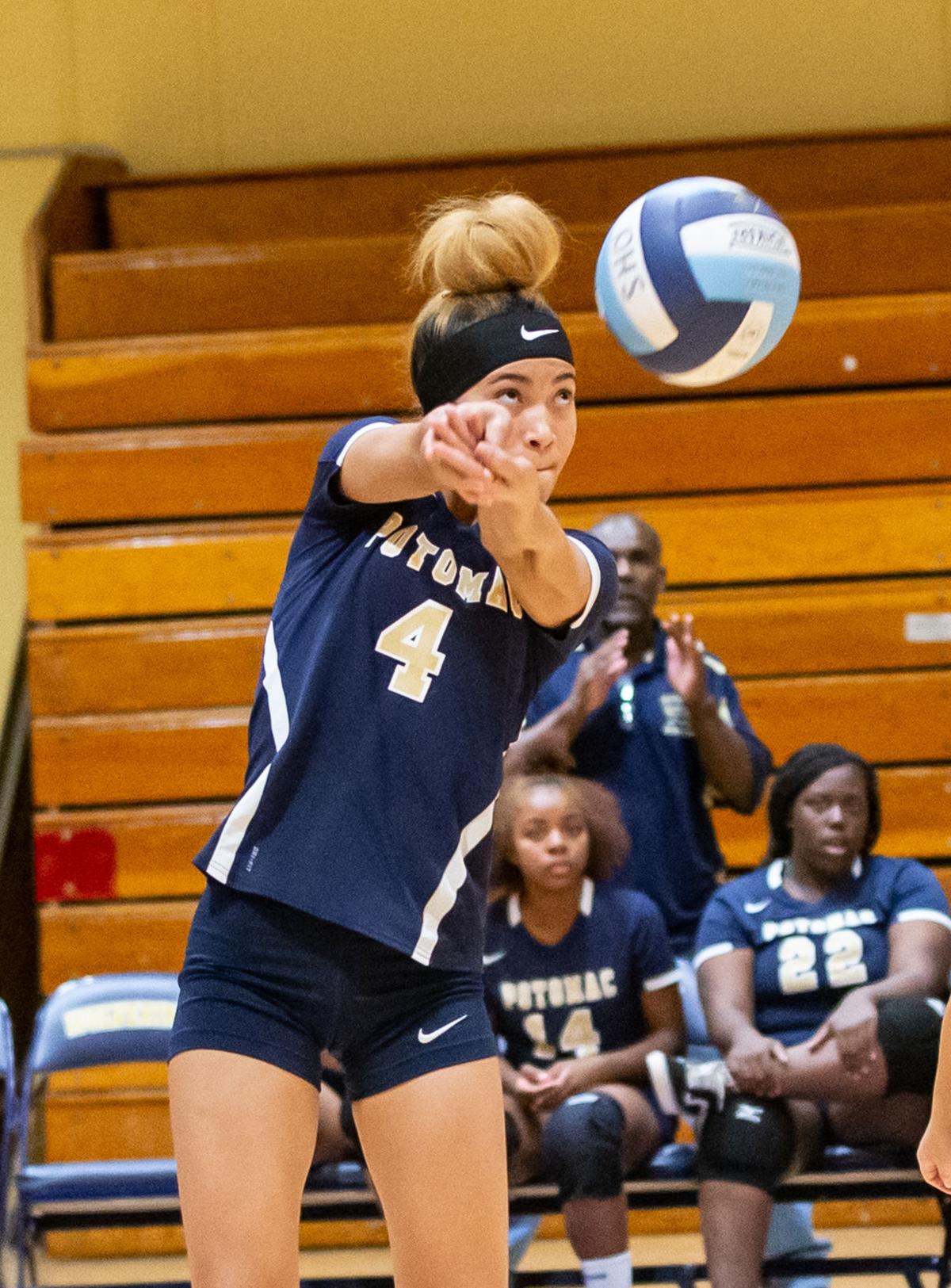 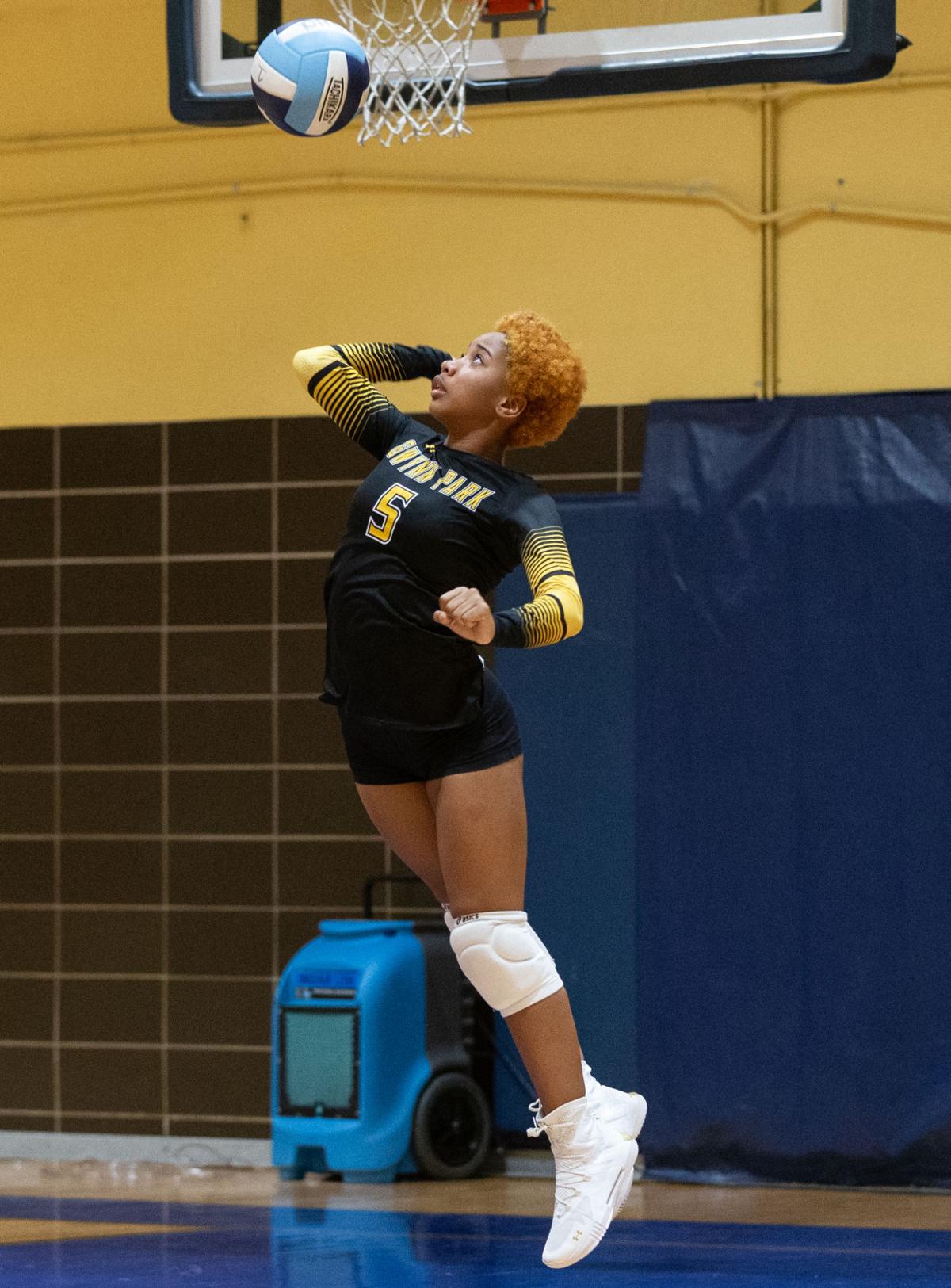 OXON HILL — The contributions and timely playmaking abilities of Gwynn Park High School outside hitter Adora Fenwick and right side hitter Deziah Davis lifted the Yellow Jackets to a win in three sets, 25-18, 25-23 and 25-14, against Potomac High School on Sept. 19.

About midway through the second set, the Wolverines were in control with a five-point lead, but the momentum shifted when Davis connected with three consecutive aces, starting a five-point scoring run used to propel Gwynn Park to the three-set sweep.

“If we get our girls to get that first ball off of a good serve, we get a good hit. And when that happens, you get points,” Henson-Hubb said.

Fenwick led the way for Gwynn Park with three aces, two assists and a dig while Davis recorded four aces and four kills on the evening.

“Where I saw her strengths tonight were the execution of her serve and her ability to hit tonight, and that really has to do with our setter being able to get the ball,” Henson-Hubb said of Fenwick’s performance.

As the match began, Potomac put up a legitimate fight but committed numerous errors as they dropped the first set by seven points.

Potomac’s Paloma Sanchez had three crucial blocks to go with two kills in the second set to help the Wolverines claim an early lead.

They were up 17-12 before Gwynn Park went on the game-changing scoring run.

At the end of the set, a substituting violation took a point away from Potomac which gave Gwynn Park the 24-23 lead. Fenwick then stepped up to serve a set-winning ace.

“In that second set, there was an illegal sub, so it gave my team a chance to regroup and think about how the game is played,” Henson-Hubb added.

“I feel like we did good but we could’ve done better. Our past games were more energetic and our energy level was way higher than what it was today,” said Fenwick. “But we still pushed through, and we fought, and we succeeded.”

In the final set, the Yellow Jackets minimized its passing errors and fed off the momentum built from the second set to sail to the 11-point third-set victory as they improve to 5-0 on the season.

Sanchez, a senior setter, led Potomac with two kills and three blocks. The Wolverines, still in a rebuilding phase, fall to 1-2 with the loss.

“I thought we did great, but we should work some more on our communication,” Sanchez said. “I know we can be better than everyone else, but we just need to practice more and communicate more.”

Head Coach Robert Surratt is in his first year ever coaching volleyball and is still in the learning process, he said. Despite being swept. Surratt said he was proud at how competitive his team was against Gwynn Park.

“They’re (Gwynn Park) a well-coached team. They got good size, they got veteran players so they understand the system a little more than some of my players,” Surratt said. “We’re going to get better though, as long as they keep trusting each other.”

Surratt said he encouraged his girls to keep their heads up and remain positive after the tough home loss.

Next, Potomac will host Largo on Sept. 25. Gwynn Park will look to stay undefeated when it hosts Parkdale on Sept. 24.