You are the owner of this article.
Edit Article Add New Article
You have permission to edit this article.
Edit
Home
News
Sports
Entertainment
Opinion
Obituaries
Media
Announcements
e-Edition
Classifieds
Share This
1 of 2 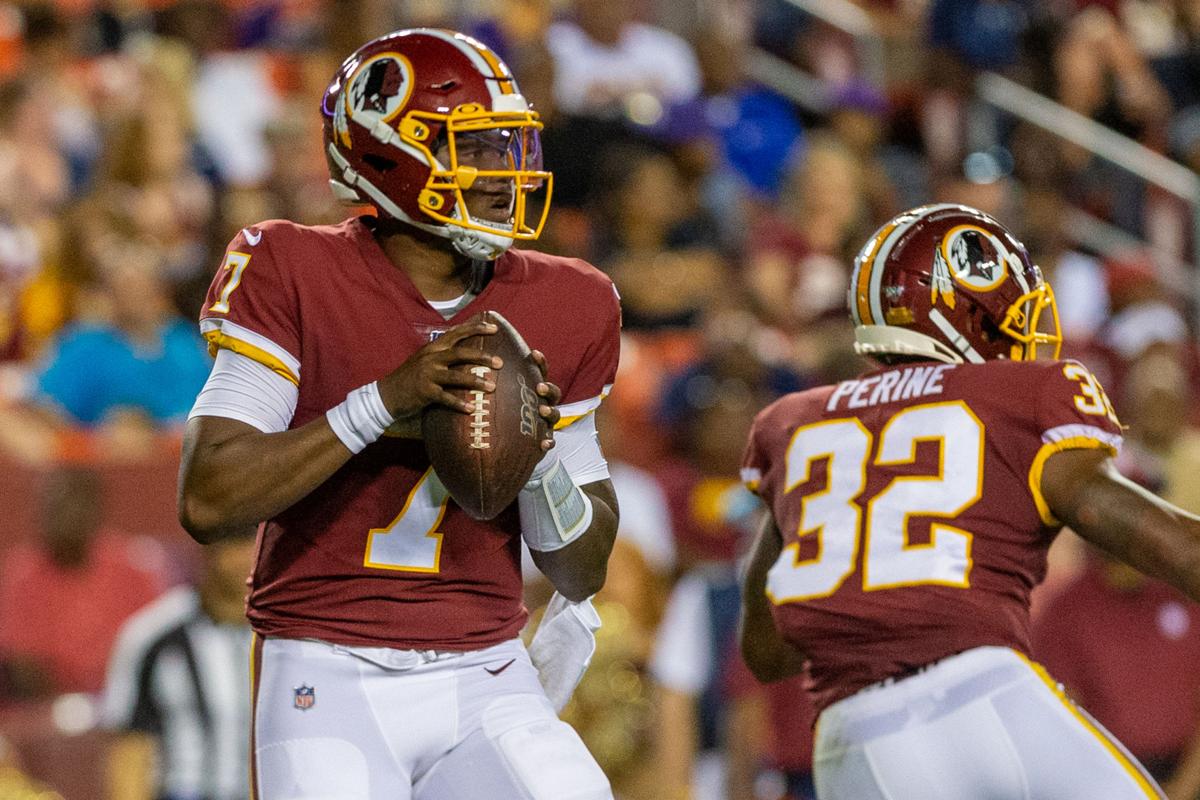 The Washington Redskins announced that Dwayne Haskins will be the starting quarterback for the reminder of the season. Photo by Michael R. Smith/The Prince George’s Sentinel. 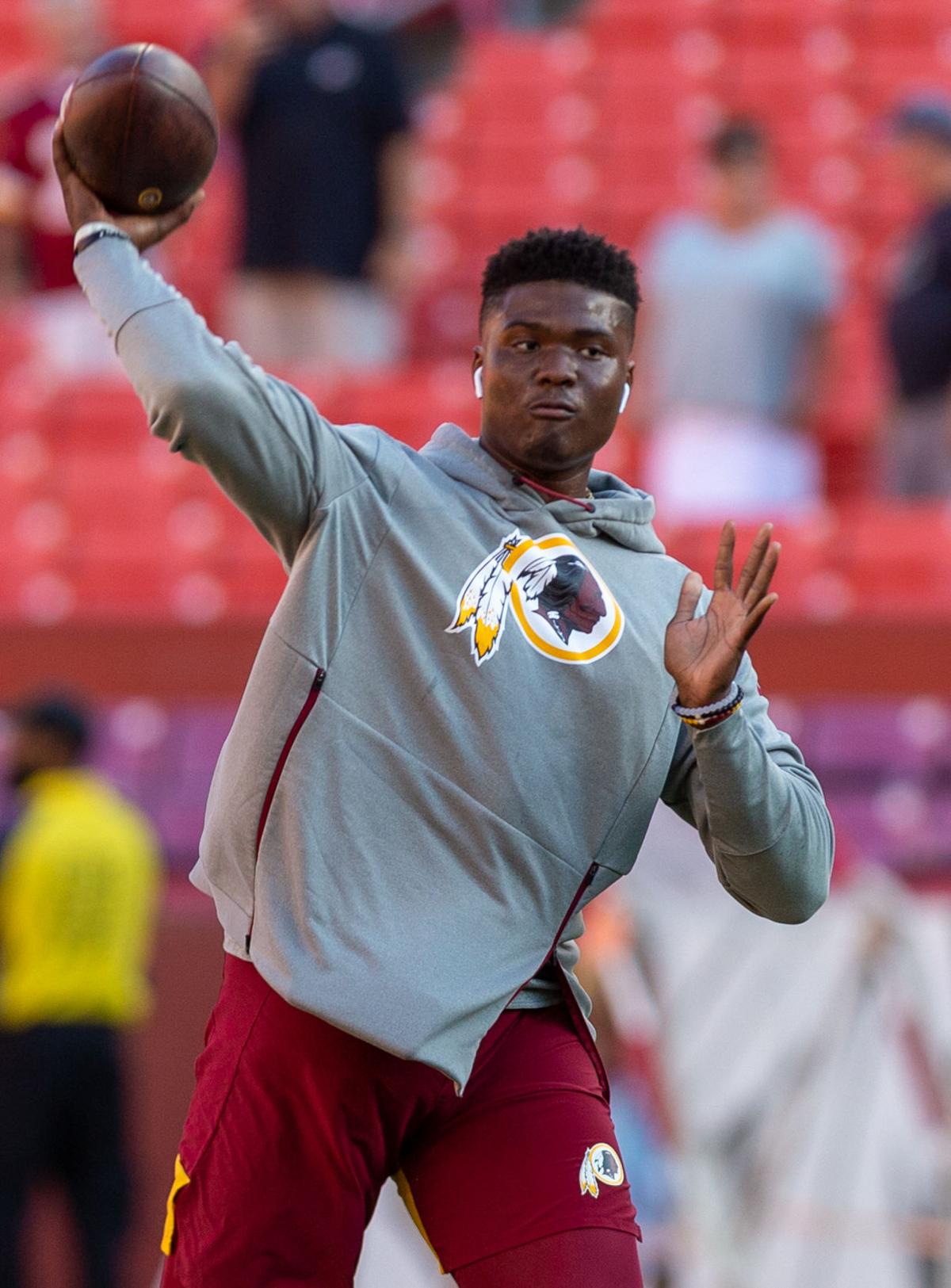 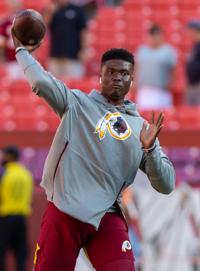 The Washington Redskins announced that Dwayne Haskins will be the starting quarterback for the reminder of the season. Photo by Michael R. Smith/The Prince George’s Sentinel.

Washington Redskins Interim Head Coach Bill Callahan announced Dwayne Haskins will be starting quarterback for the remainder of the season during his weekly press conference on Nov. 11.

Callahan, who was reluctant to start Haskins after taking over the head coaching duties, said the rookie quarterback improved enough to show he can run the offense for the last eight games of the season.

“I think it’s really important to have the arm strength and also he needs the experience,” Callahan said. “Let’s face it, let’s give Dwayne an opportunity. We’re at a juncture where we don’t want to be record-wise, so this is a good opportunity for him to take advantage of every rep, practice-wise and game-wise, so we can see growth in his play.”

Haskins made his first career start last week against the Buffalo Bills after starting quarterback Case Keenum sustained a concussion in a game against the Minnesota Vikings on Oct. 24.

While Haskins got the nod to start because of Keenum’s injury, it was his performance against the Bills that led to him earning the starting role for the rest of the season.

Against the Bills, Haskins completed 15 of 22 passes for 144 yards. While it was not Haskins’ first NFL action, he notably improved by making the right reads and not turning the ball over, Callahan said.

“We did some good things,” Haskins said after the Nov. 3 game against Buffalo. “We did some things we needed to improve on. And I felt good going out there just being in command of the offense, commanding the huddle, and thought it was a good start as far as my experience.”

The Nov. 17 game against the New York Jets will be his first start at home for the local product.

Haskins played high school football at the Bullis School in Potomac before moving on to Ohio State where he played in college. When he was drafted by the Redskins 15th overall in the 2019 NFL draft, Haskins held his draft party at Bowlmore Lanes in Gaithersburg.

Washington began the season with Case Keenum as the starter, but injuries led to changes at the position. Keenum was hurt in the Redskins’ Week 3 game against the Chicago Bears, leading then Head Coach Jay Gruden to pull him midway through the second quarter of the next game against the New York Giants.

The following week, Colt McCoy, who started the season as inactive for Washington’s first four games, started (Week 5) against the New England Patriots. It was Gruden’s last as head coach before being fired.

With the Redskins’ 1-8 record on the season, a playoff push is improbable — something the team is now openly admitting. Callahan said part of the reason for starting Haskins is to get Haskins some experience. Previously Callahan resisted calls from fans to start Haskins, saying he thought Keenum gave the team the best chance to win.

“I don’t think you can duplicate those reps on (the) scout team,” Callahan said. “Getting in the heat of the preparation and really intensifying the preparation is a huge part of quarterback play in the NFL; not only that but the ability to execute under pressure. Those factors are huge as we prepare for any team and that’s something I thought he did pretty well getting ready for Buffalo.”

However, with second-year running back Derrius Guice returning from a torn meniscus in the Week 1 game against the Philadelphia Eagles, Peterson and Guice could end up splitting carries.