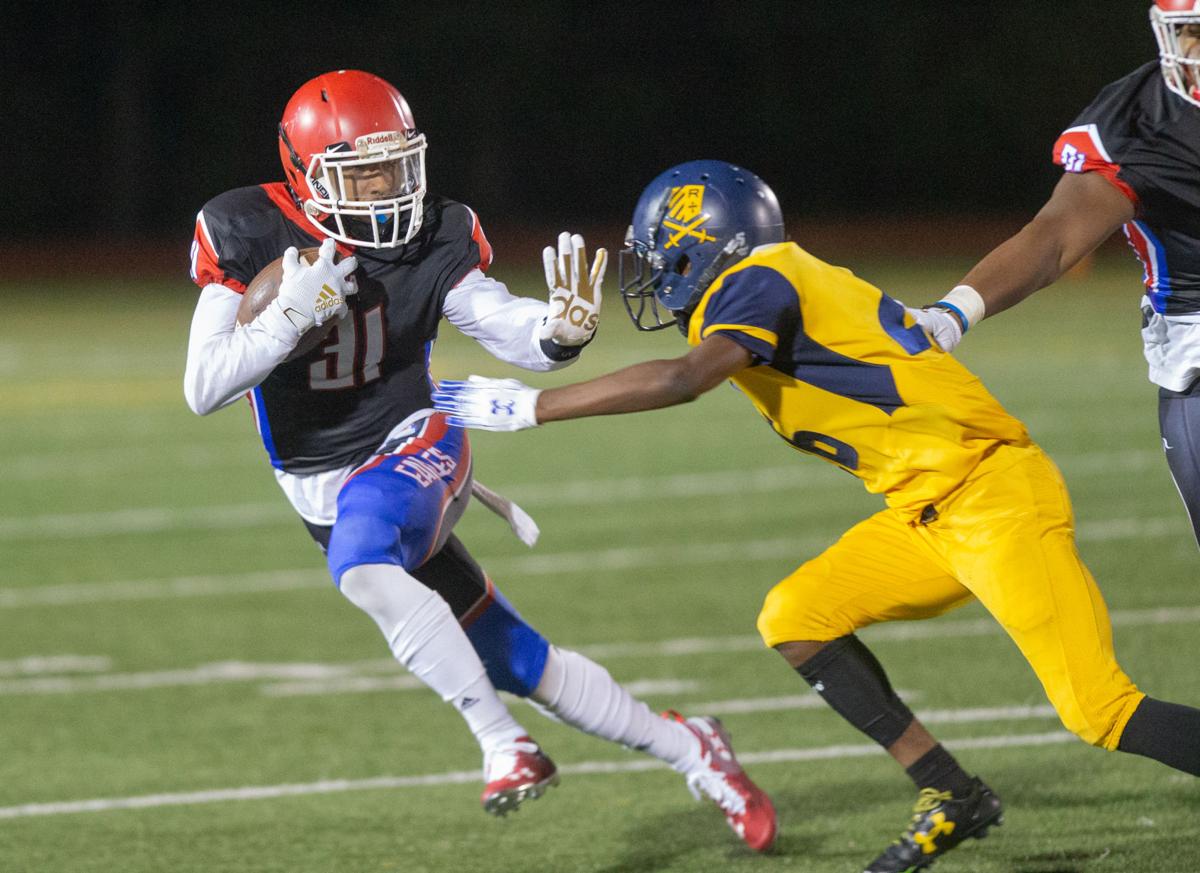 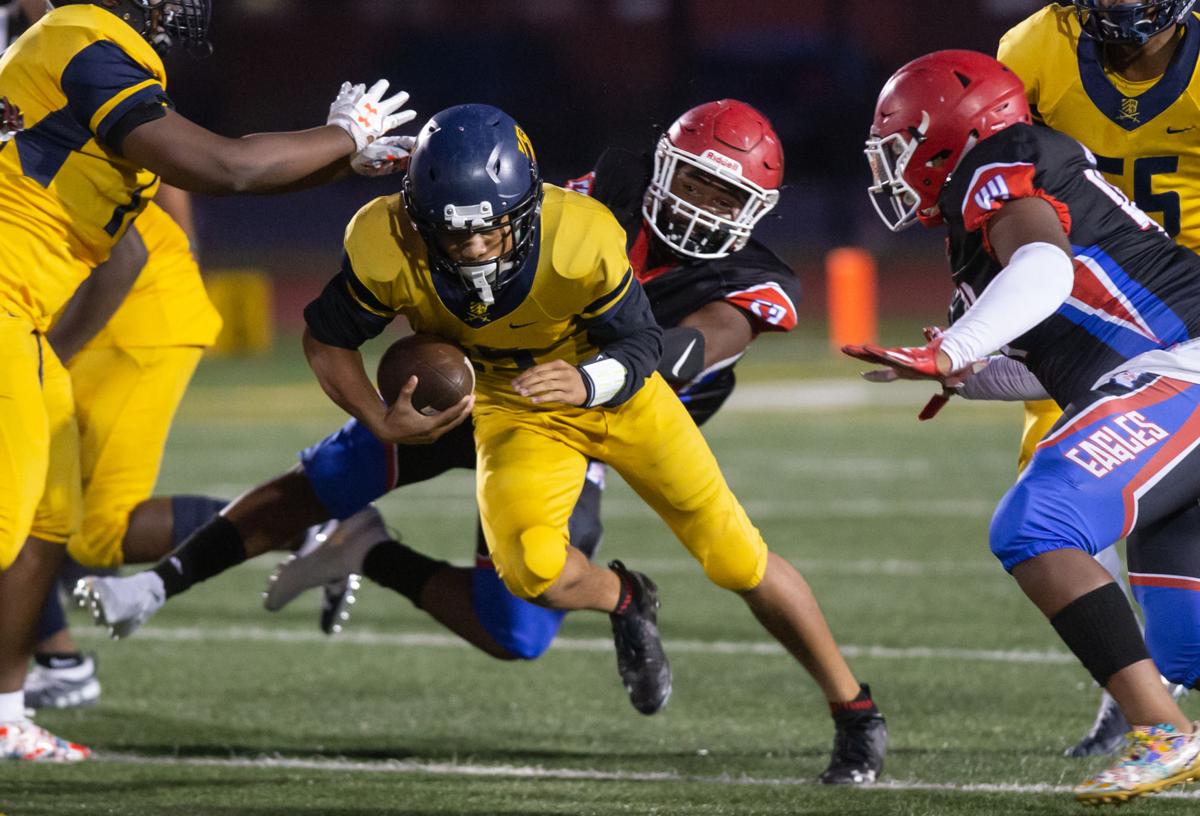 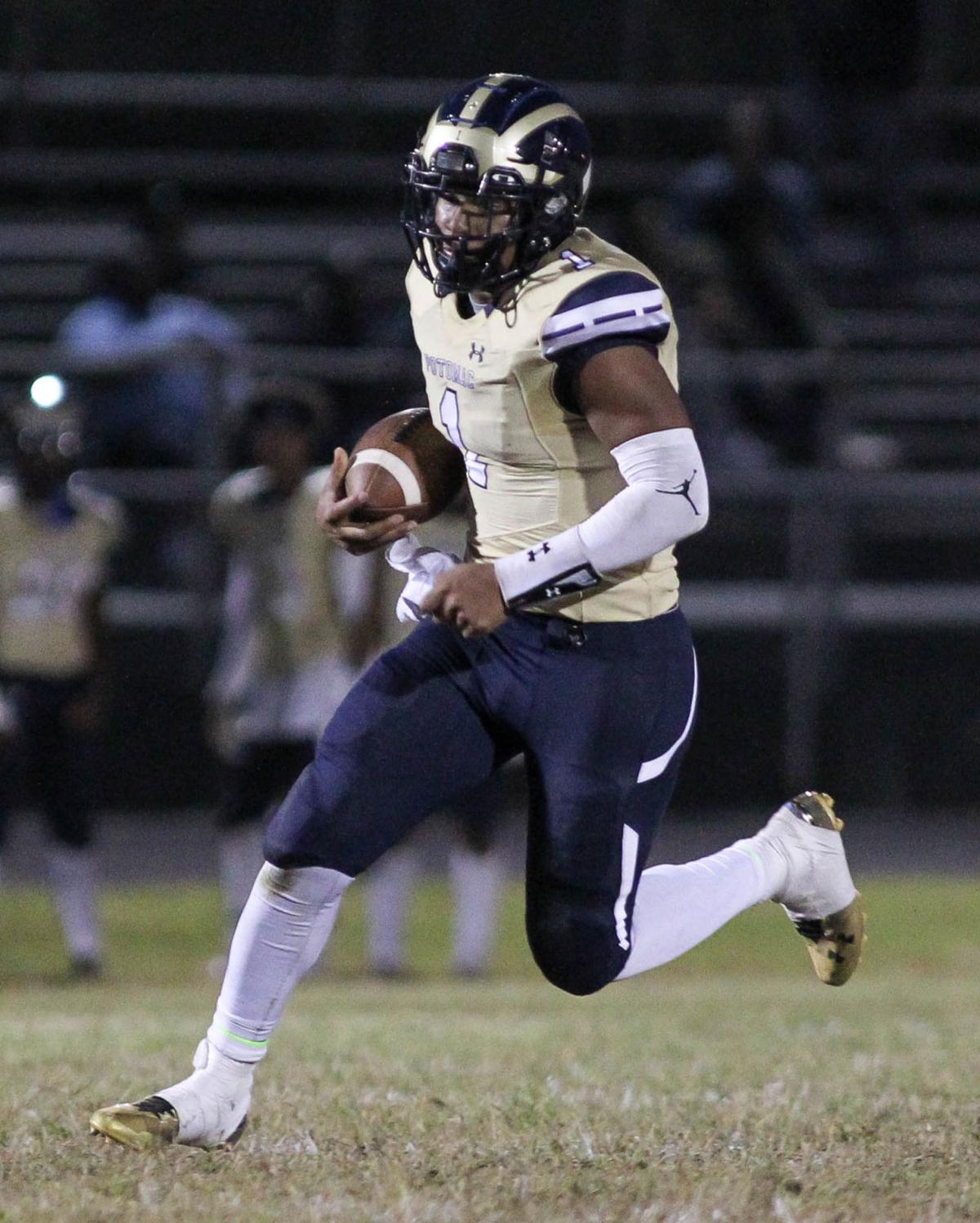 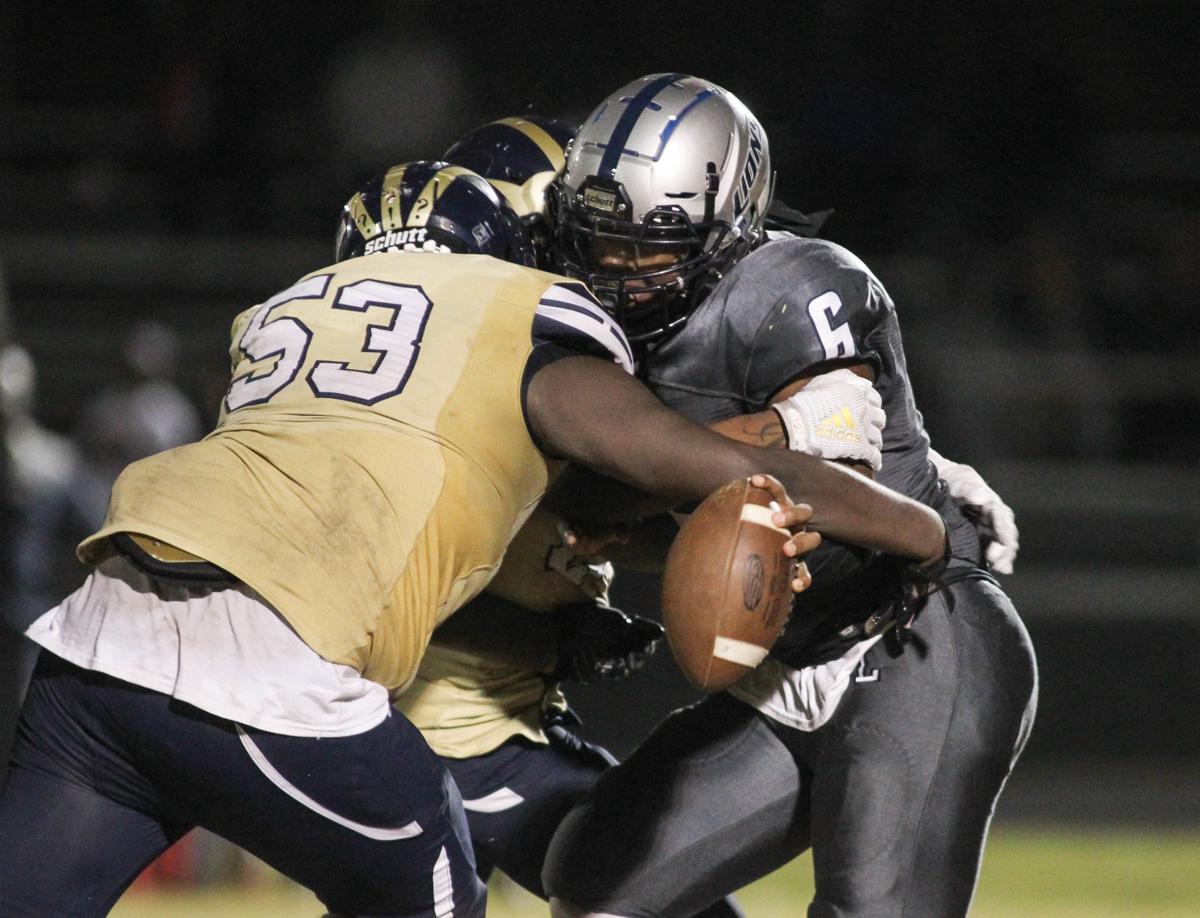 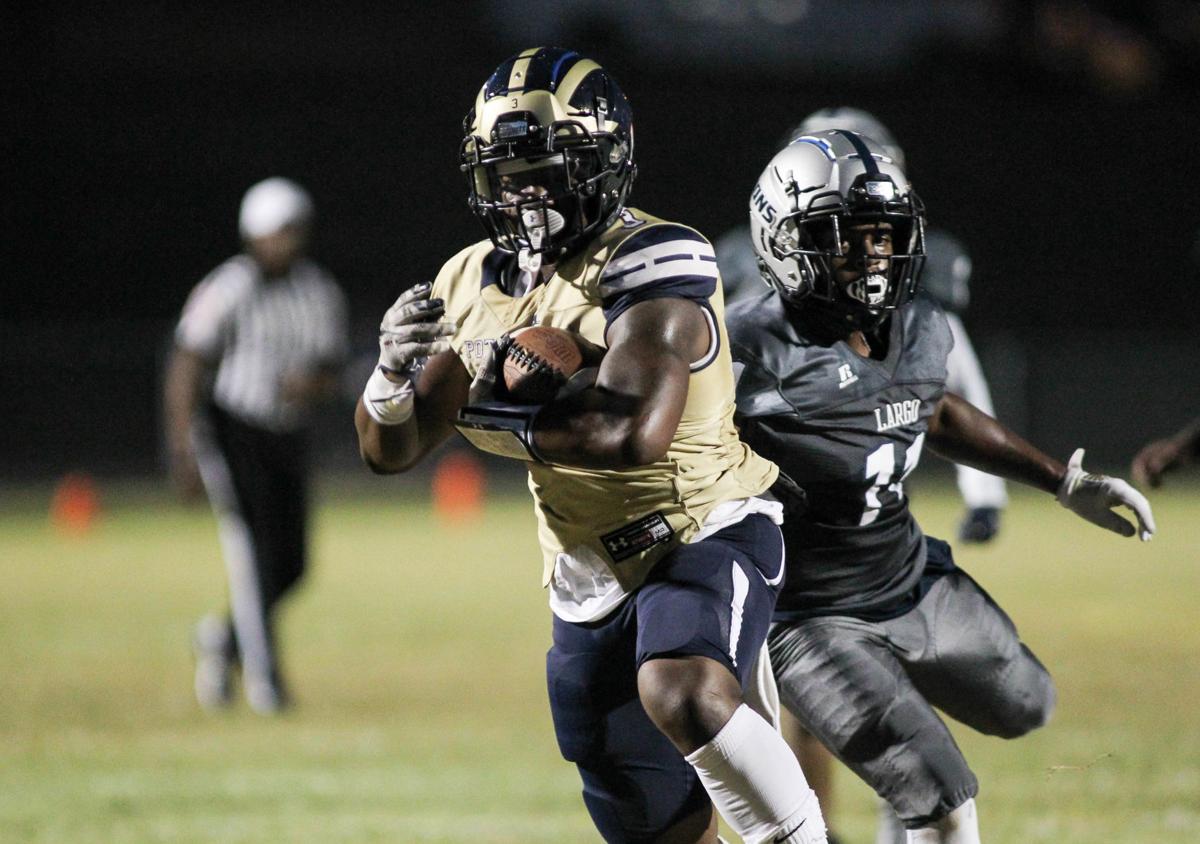 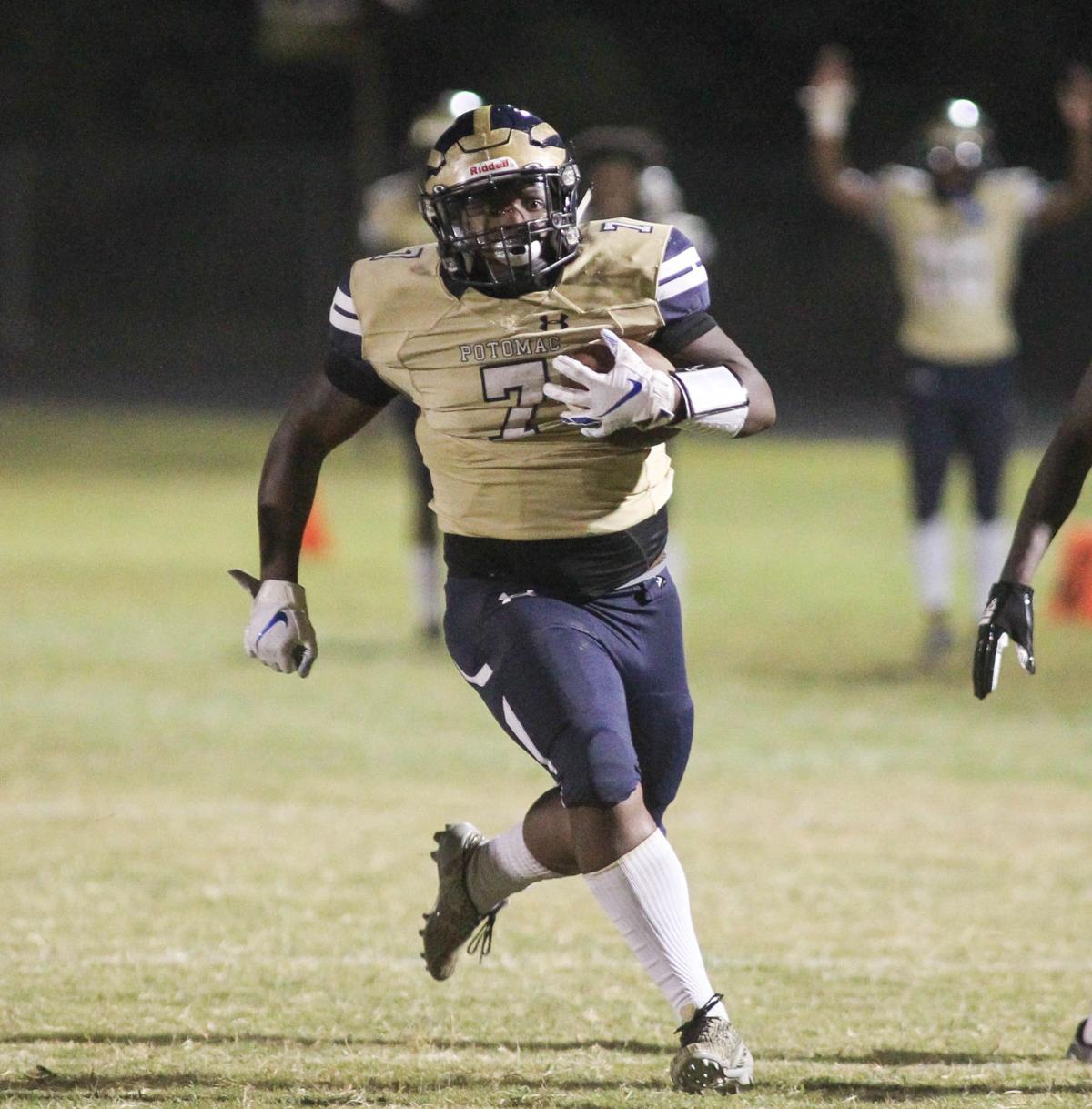 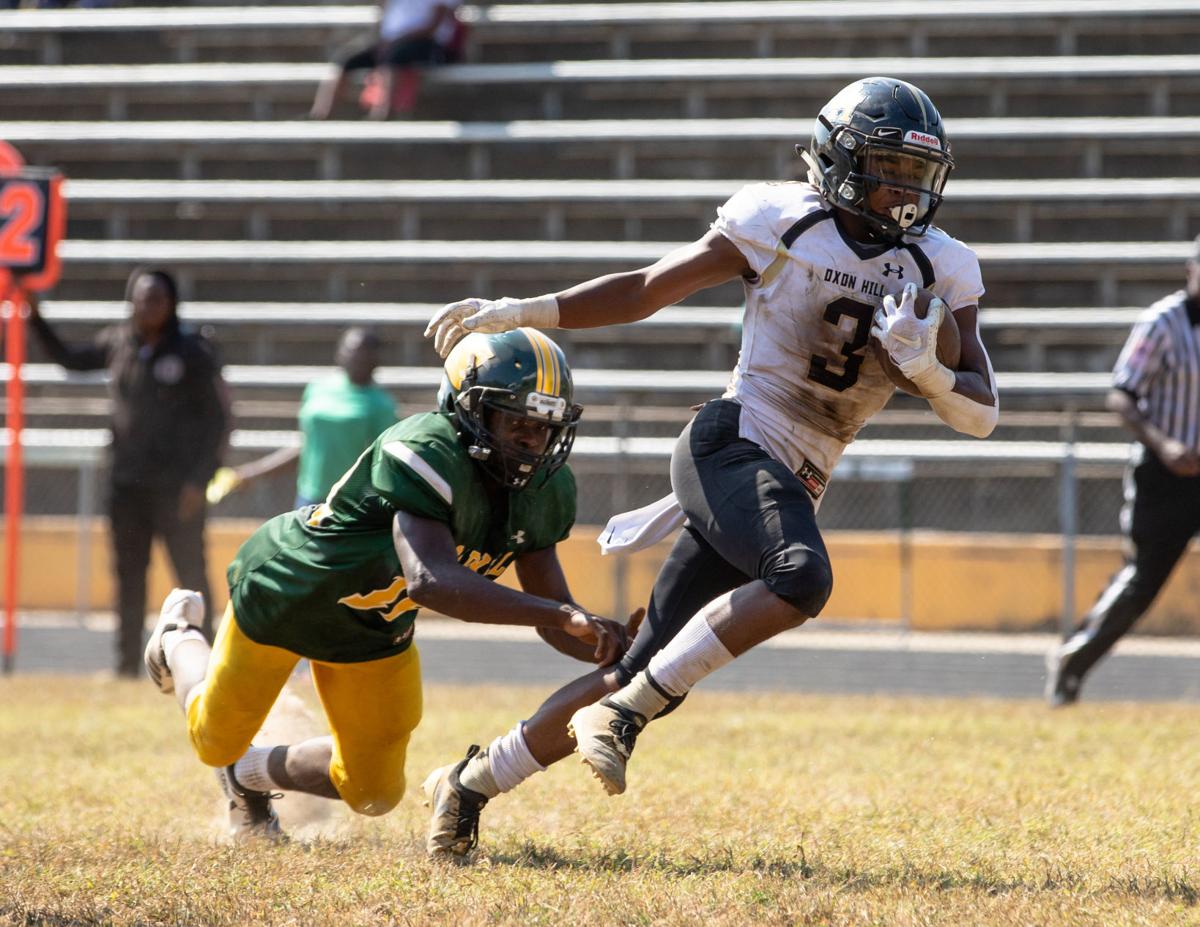 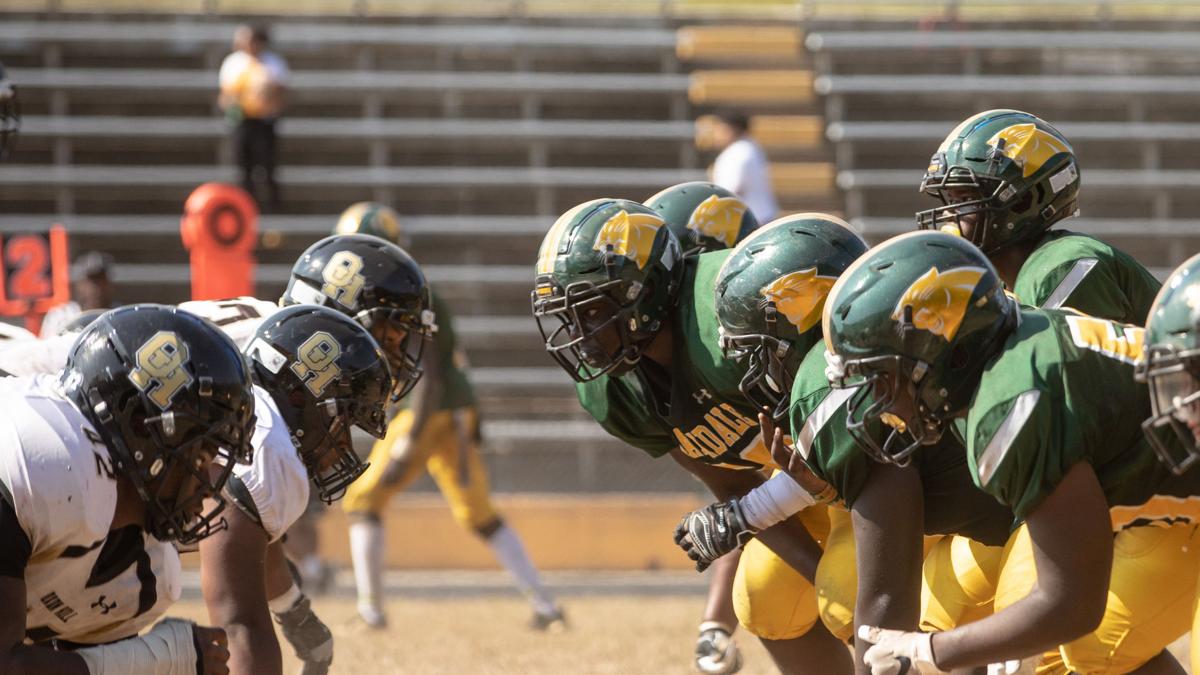 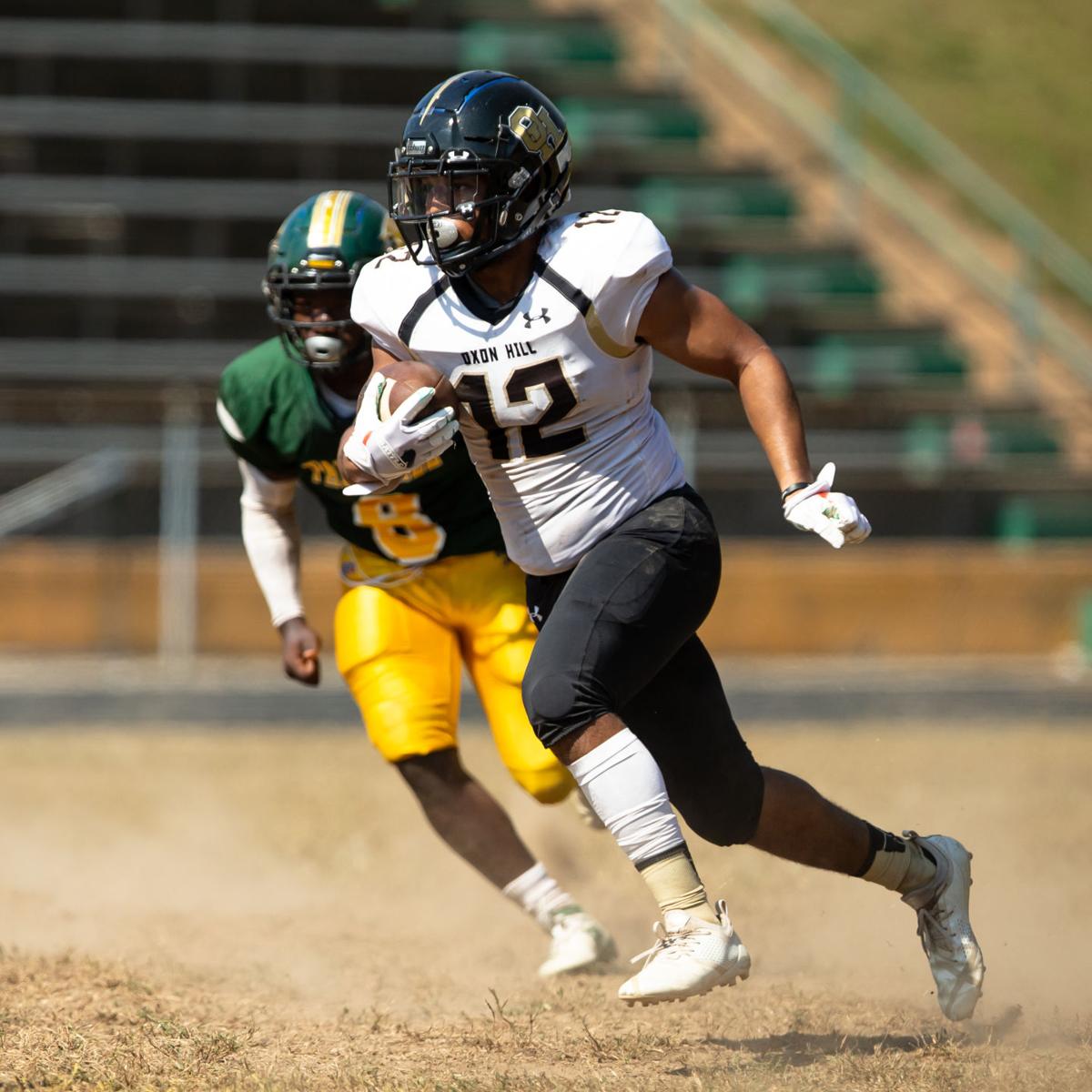 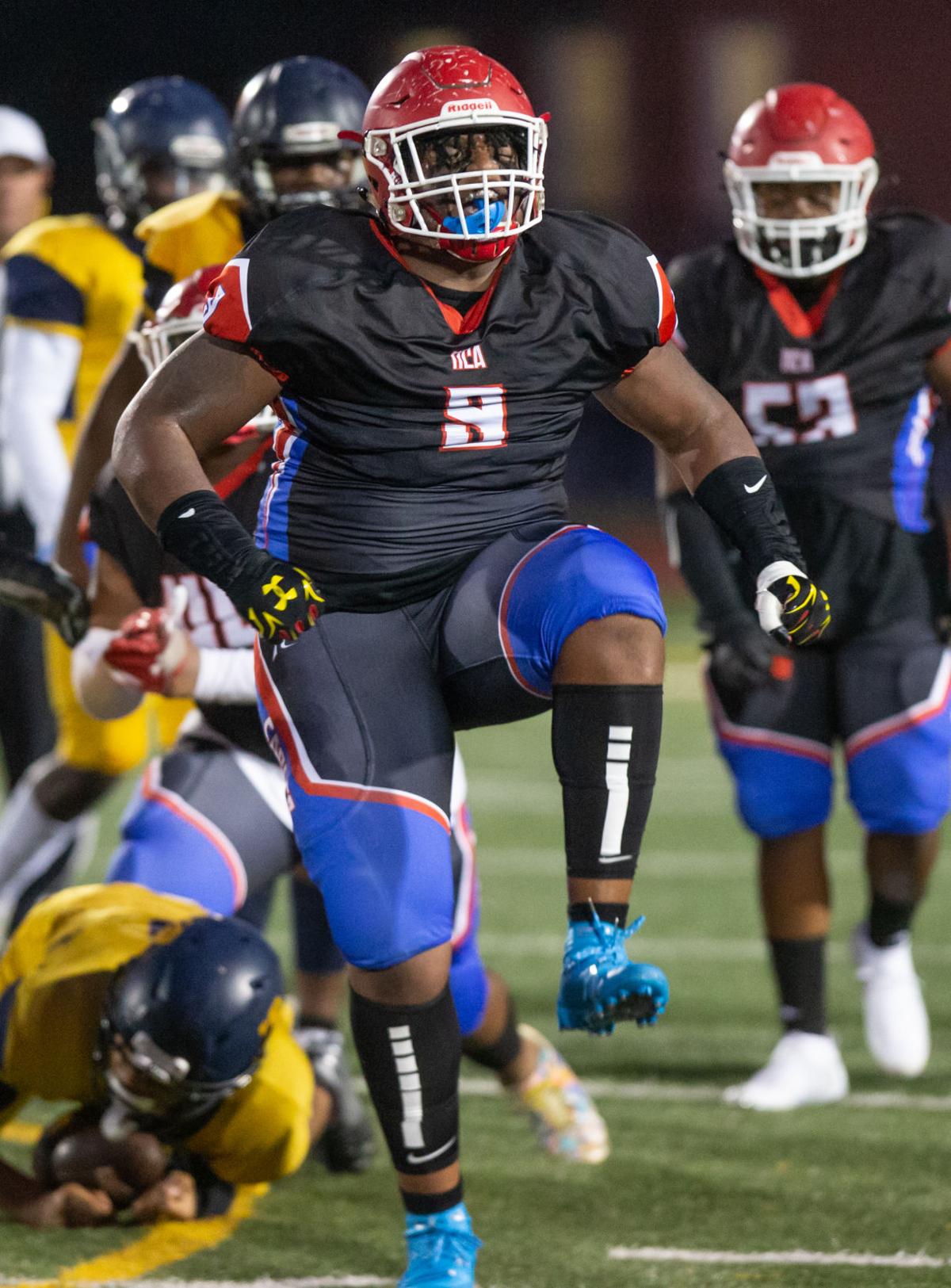 UPPER MARLBORO – For National Christian Academy running back Elijah Sorprea, nothing was going to stop him from scoring.

Early in the fourth quarter against Riverdale Baptist School on Sept. 20, the senior received the handoff before heading towards the right sideline. Sorprea dodged two tacklers and slipped away from a Crusader defender who thought he would have him wrapped up around his waist. He maintained his balance by running on his tiptoes before charging full speed for a 60-yard touchdown.

“I really got give it up to the o-line and the coaching staff for the game plan,” Sorprea said. “They are just calling the right plays when we need it.”

“At first, he was moving too fast,” Head Coach Andre Kates said about Soprea’s progression. “If you pay attention to him now, he is so patient; he’s following his blocks, he’s getting behind everybody and trusting what the coaches are calling and doing a good job.”

Sorprea’s touchdown, his third of the game, was the exclamation point for a dominating performance by the Eagles. National Christian finished by scoring five rushing touchdowns while its defense only surrendered 140 yards of total offense as they came away with a 43-6 road win over Riverdale Baptist on Sept. 20.

The win continues the Eagles’ undefeated season (4-0) and concluded a celebratory week for the program. In its fourth year, National Christian has slowly built a powerhouse where colleges are noticing their talent. Captain and offensive tackle Aaryn Parks started the week announcing his commitment to Oklahoma on Sept. 19.

However, it was the running backs that stole the show against the Crusaders. Sorprea, a 5-foot-9 running back, help muscle through the Riverdale Baptist defense in their opening drive to score off an 8-yard run. Together with fellow senior Brown Anglin IV, the pair combined for 222 rushing yards on 17 carries and five touchdowns.

“We know that the coaches work hard to make sure that we are always eating all the time,” Anglin said. “And it works and we are a two-headed monster. We both get fed.”

The running game covered for quarterback Jalen Lea’s passing performance as he threw 3 for 11 for 94 yards. He completed a 28-yard pass to senior wide receiver Cameron Sikes for a touchdown as time expired giving the Eagles a 15-0 lead at the end of the first quarter.

After forcing Riverdale Baptist to punt in the second quarter, Anglin punched through the middle of the defense for a quick 3-yard touchdown. With less than four minutes remaining before halftime, Sorprea added his second rushing touchdown of the game, bulldozing his way for a 7-yard score to go up 28-0.

Meanwhile, the Eagles harassed starting quarterback Sean Johnson all night long until he was pulled for an ankle injury during the Crusaders’ opening drive in the third quarter. The National Christian defense finished with 10 sacks, recovered one loose fumble and grabbed an interception.

“It is what they have been doing all season,” Anglin said about the defense. “As a whole, we need to be more discipline. We have to lock in more and be more focused to details. Then we will be better as a whole moving forward.”

Riverdale Baptist Head Coach LaMont Jordan praised his Crusaders team (1-4) for not giving up and continuing to play even as the running clock begin following Sorprea’s 60-yard touchdown. National Christian slowly broke down their defense again with a 10-play drive that was capped by Anglin’s second touchdown to increase the lead to 44 points.

The Crusaders showed their fighting spirit late when backup quarterback Jontae Davis threw a deep pass to a wide open Malachi McLaughlin for a 45-yard touchdown reception in the fourth quarter. After failing to receive the onside kick, Riverdale Baptist’s defense stopped the final Eagles drive from scoring, capping off their success by notching a sack as time expired.

For Riverdale Baptist, ending the final play of the game with a sack was a testament of what they are capable achieving in the future, Jordan said. The young roster only features six seniors and will continue to grow into a united unit moving forward.

“Certain guys are getting better but collectively, we need more guys to be disciplined,” Jordan said. “I think that is what it comes down to, being disciplined on your assignments and not hesitating so much. They are still learning us and we are still learning them and we are teaching the game differently than most coaches are teaching the game. I am proud of my guys.”

Despite their large margin of victory, Kates said he was not happy with the discipline that his team displayed throughout the game. The Eagles committed 14 penalties, with three unsportsmanlike conduct calls. Kates did not allow his team to celebrate the win until they completed spirits due to the number of flags occurred.

Kates confirmed that National Christian’s scheduled game against Eastern High School in Washington, D.C. on Sept. 28 was cancelled. National Christian will have more time to prepare to take on St. Thomas More in Oakdale, Connecticut on Oct. 5.