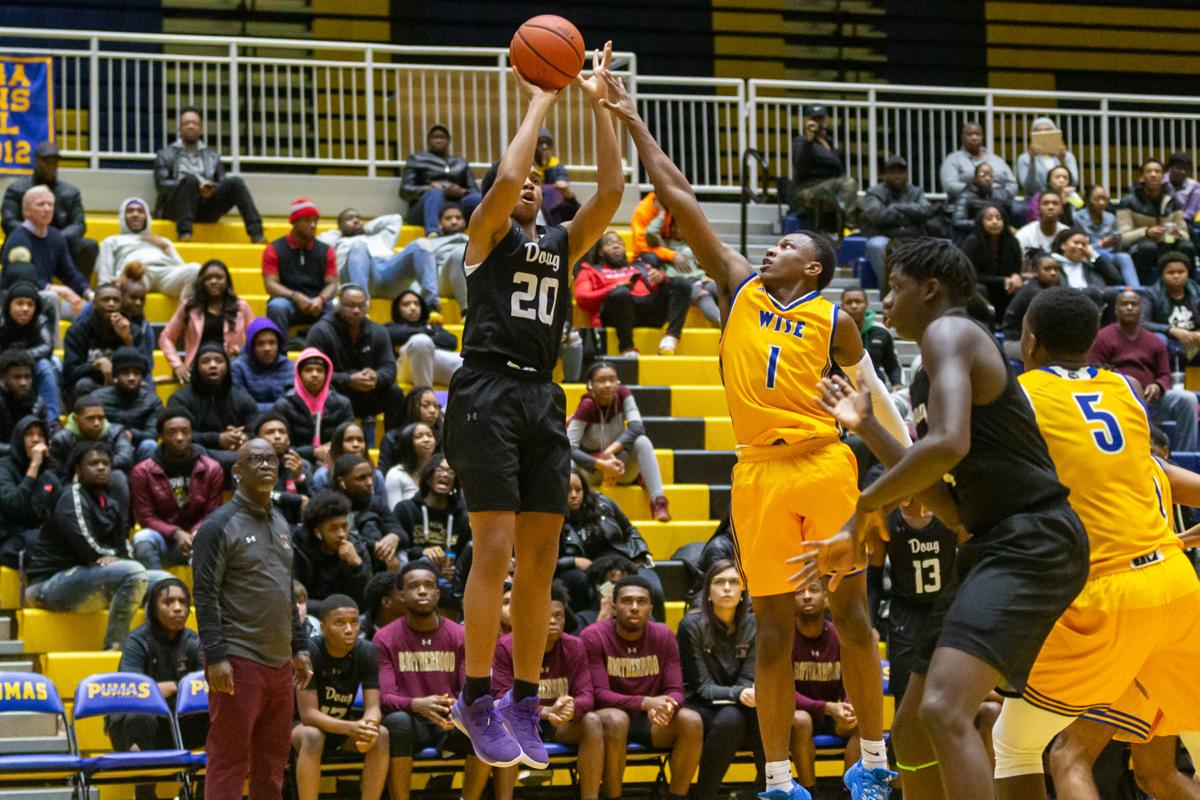 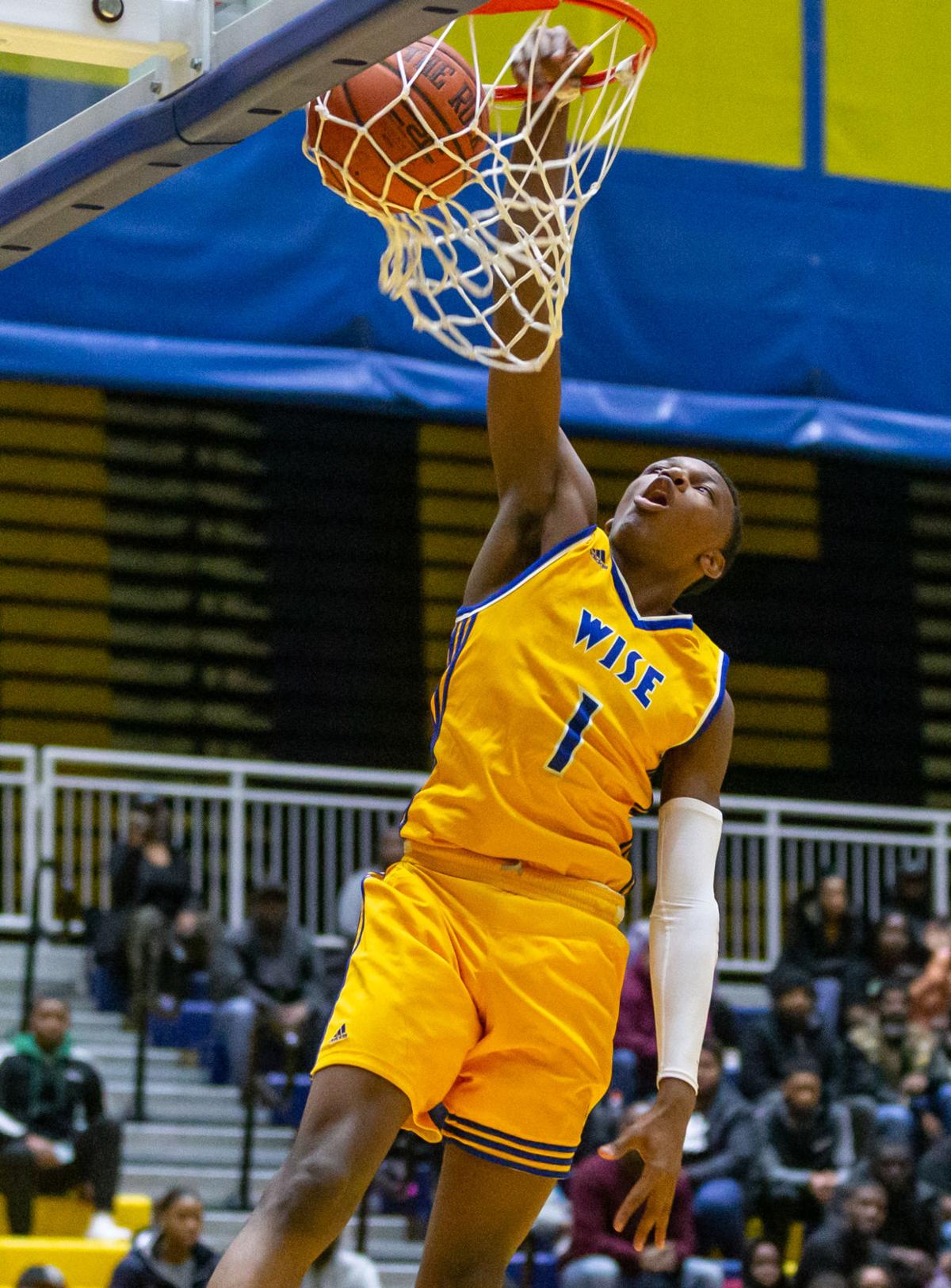 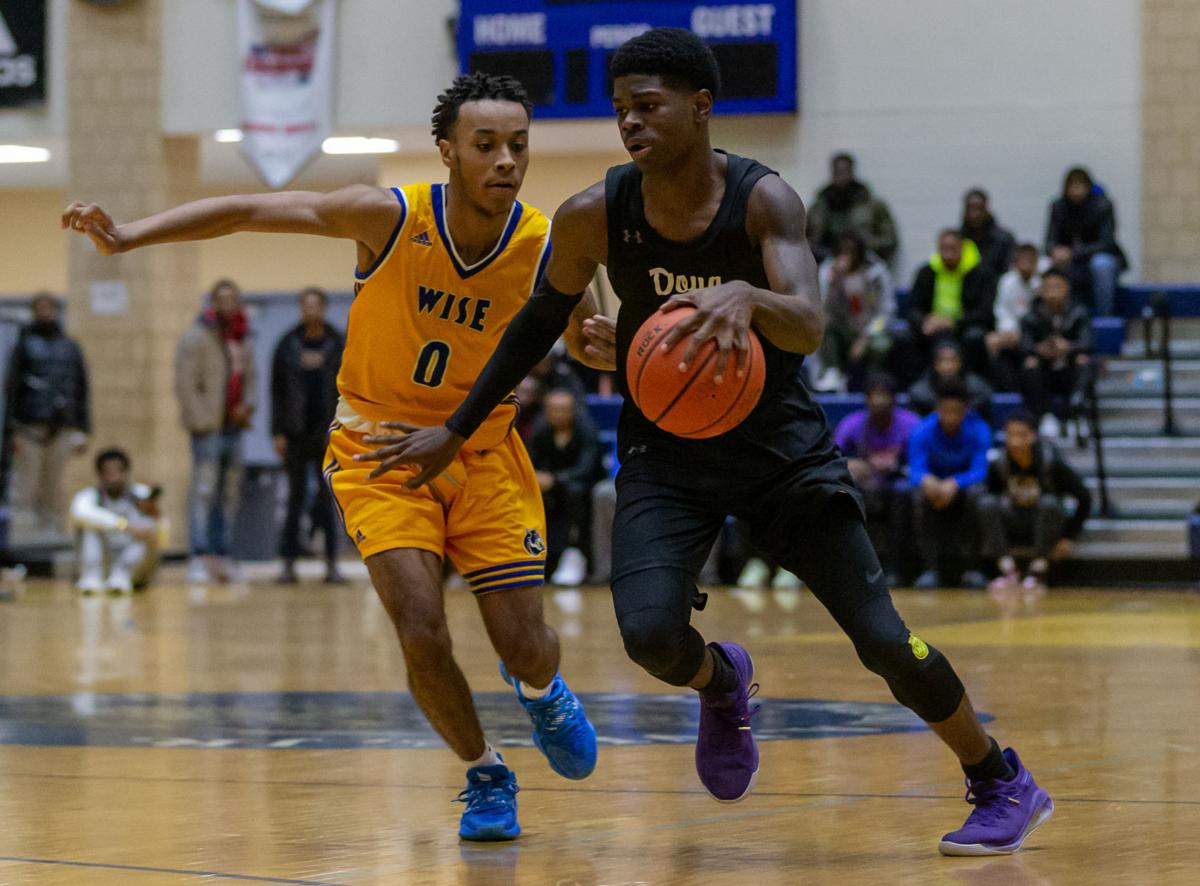 UPPER MARLBORO – Michael Woods was perfect for almost three quarters of basketball on Jan. 4. The Frederick Douglass High School guard drained his first 10 shots against Dr. Henry Wise Jr. High School during their Buzzfest Invite matchup without even noticing. His teammate, guard Mikhai Arnold did and continued to feed the ball to his teammate as much as possible.

“He kept hitting shots and didn’t miss,” Arnold said. “I just wanted to keep giving him the ball because I knew he would keep hitting them for sure. I was going to keeping him the ball until he missed.”

However, after a Wise comeback narrowed their lead down to seven points with under a minute remaining, Woods needed to make two points to seal the victory for the Eagles. At the free-throw line with 36 seconds remaining, the junior knocked in each shot with ease, forcing the Puma crowd to begin heading to the exits.

“When you practice the amount of shots like I do, there is no pressure,” Woods said. “I’ve been on the spot before, and it went well, and it will always continue going well.”

Douglass (5-2) showed its offensive power all night long, and with Woods leading the way with a team-high 30 points, the Eagles defeated Wise 81-70 in the final event of the Buzzfest showcase event. With the win, Douglass bounced back from losing to Potomac 79-58 the night before.

From the opening tip, the Eagles were the aggressors after center Abdul Samb pushed the ball towards Woods for the quick layup. The Eagles attacked the rim with ease, forcing Wise Head Coach Louis Wilson to call a timeout after Douglass amassed a 10-2 lead.

Woods was the architect for Douglass’ offense. After scoring 11 points in the first half, the junior added eight more points, including a 3-pointer, to raise the Eagles’ lead as high as 17 points. After dealing with injuries throughout his first two seasons in Douglass, Head Coach Tyrone Massenburg said it was time for the county to see what Woods was capable of.

“Right now, he still hasn’t reached his ceiling yet,” Massenburg said. “There is still a lot he can work on, and he is a good kid. He’s going to go out there and play gorilla-style, and he doesn’t take bad shots.”

Wise slowed down Douglass’ pace with layups and free-throw shooting in the second quarter. While it allowed the Pumas to catch up, the Eagles used the slower play to bully them down in the paint for additional buckets.

Samb, who was held scoreless for the first 12 minutes of the opening half, outjumped two Pumas defenders to score a layup while being fouled for a three-point play. He added a layup with less than a second left to give the Eagles a 12-point advantage at halftime.

With Woods continuing to shoot effortlessly into the second half, Wilson moved point guard Trey Thomas to guard him. The sophomore was already providing the Pumas new life on offense, finishing with a game-high 40 points, including being the team’s primary source of steals. Thomas kept Woods at bay, forcing him to miss with less than a minute to go in the third quarter.

“Mike is a good player, and I have grown up with him for a while,” Thomas said. “He can shoot the rock, so I was trying to make him drive and do other stuff…tried to take (the matchup) personal; he’s their best player and overall, just trying to guard the best players and get better defensively.”

With Thomas leading the charge, Wise bounced back in the second half, reducing their deficit down to nine points after ending the third on a five-point run. The Pumas were down five points at one point and looked poised to take the lead.

However, Douglass’ experience in tight situations, dating back to last year’s state semifinal run, would show as both Arnold (10 points) and senior Darnell Snowden (17 points) connected with critical shots to keep their lead intact. Four players scored in double-figures to help Douglass fend off any Puma comeback.

For Wise, the loss was a reminder to the team at what happens when one of their teammates is not performing well, Wilson said. Thomas was the team’s only shooting to go into the double-digits category. To make their championship goals a reality, the team as a whole needs to step up, Wilson added.

“We got a lot of young guys,” Thomas said. “I’m just trying to get myself together and get my teammates together so we can win and play hard with the best teams. We just got to lace our shoes and go out there and battle.”