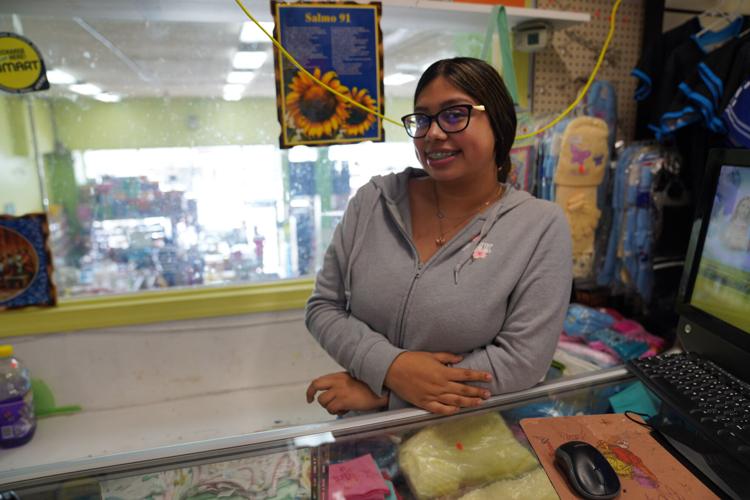 Gisselle Ventura has been working at her mother and grandmother's store for a year, but has been present to know about the robbery that took place at Mercadito Ramos III about five years ago. 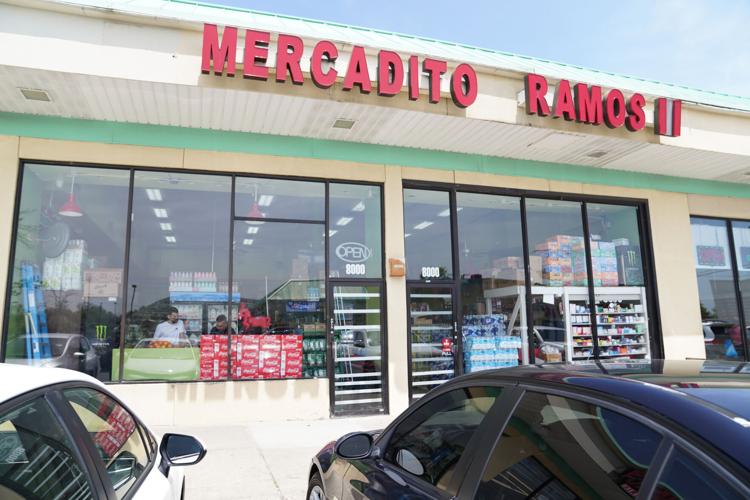 Mercadito Ramos III is one of the grocery stores in Ward 6 that has been robbed, according to the store owner's daughter. It frequents Hispanic residents daily, as they sell imported Spanish delicacies and snacks.

Gisselle Ventura has been working at her mother and grandmother's store for a year, but has been present to know about the robbery that took place at Mercadito Ramos III about five years ago.

Mercadito Ramos III is one of the grocery stores in Ward 6 that has been robbed, according to the store owner's daughter. It frequents Hispanic residents daily, as they sell imported Spanish delicacies and snacks.

In Takoma Park, Ward 6 is the bustling part of the city. It includes several Hispanic restaurants, apartment buildings, hotels and frequent construction that causes traffic jams.

It also makes up the majority of property theft from homes and cars, a recurring statistic since 2008, according to the Takoma Park Police Department crime statistics.

Located in Langley Crossroads, Ward 6 in 2021 accounted for 44% of the city’s 578 reported crimes, and 44% of all the city’s larceny and theft from automobiles crimes, the highest of the six wards. The reason why, according to Captain Richard Cipperly of the police department, is because of the businesses and dense population that other wards lack.

“[It] provides much more opportunity for crime to occur, which mainly consists of shoplifting, theft from buildings, and suspects targeting apartment parking lots and secondary streets where there is a greater opportunity for vehicles to be broken into, compared to other wards within the city,” he said.

Overall, the city experienced a 6% increase in larceny and theft from automobiles from 2020. The department recorded 449 reports of property theft this year, making up 77% of all crimes reported in Takoma Park. In 2020, property theft was also high with 420, a 22% increase from the year prior despite the pandemic. According to Cathy Plevy, the public information officer of the department, “it's for the same reasons mentioned” by Cipperly.

Cipperly described property theft as a “crime of opportunity,” saying that these crimes happen fast and oftentimes are not discovered until much after the incident has occured. A majority of those opportunities for suspects come from theft from autos, where residents leave something of value visible in their car and often unlocked.

Most of the residents living in Ward 6 are Black and Hispanic people – they make up 39.24% and 25.59% of the population respectively – according to the city’s district scenario modeler.

About five years ago, though, the store was also visited by a burglar, according to Gisselle Ventura, the daughter of the store owner.

“We have everything locked up now. We have secured stuff now,” she said.

Ventura, her mother and grandmother, who own the store, are aware of the rampant theft that happens in the area, as her uncle works as a detective for Prince George’s County and shoppers talk about it amongst themselves upon entering the store.

The family business now relies on their security cameras, locked items, and local security guards who survey the shopping complex.

“There’s security all around,” she said. “Whenever [we] need somebody, we call them.”

According to Cipperly, the department uses various methods to crack down on theft in Ward 6, including a Special Assignments Team – an undercover team that focuses on parking lots and hotels in the Langley Crossroads area for criminal activity that can be associated with other crimes. Also, the department’s police officers often patrol Ward 6 and conduct commercial surveys in the area that results in providing an inspection of the business and suggestions on how to reduce crime.

“We also conduct residential surveys, which basically cover the same type of information such as lighting, shrubbery, types of locks, alarm systems, and other suggestions that might make your home safer and deter criminals from wanting to break in,” he said.